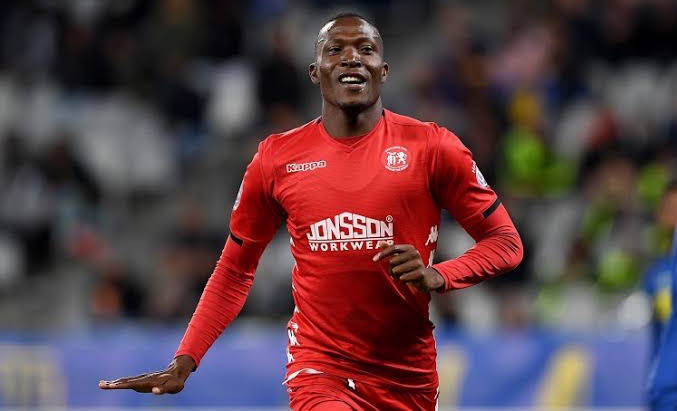 There is now a clear picture of what really led to the parting ways of Zimbabwean striker Tendai Ndoro and ABSA Premiership side Highlands Park.

The Thembisa-based side announced on their Twitter handle on Wednesday that they had shown the exit door to the gangly former Warriors striker on ‘amicable terms’ but did not provide the details behind their decision.

Brad Kaftel, one of the club’s directors, admited that though Ndoro is a player of high calibre, he just didn’t do enough to impress the Lions of the North coach Owen Da Gama.

“He is a quality player. He scored that vital goal for us against Bloemfontein Celtic late last season to get us those points but he hasn’t done much this season. The coach couldn’t play him, so if he’s not performing for us, it’s better that he he moves on,” he told South African publication Kick Off.

“He’s a quality player and I’m sure he will find another club. I think he did well for us last season, but this season really he hasn’t done much, I think he scored one or two goals,” he said.

Interestingly, Ndoro, who scored only five goals for the the club after joining from Ajax Cape Town in 2018, took to his Instagram the day before the announcement of the seperation was made, to write an ambigous post which some have interpreted as a message to the 2019/20 MTN 8 finalists.

“Today marks the beginning of the happiest day of my life, when God decides to bless you big all you can do is glorify him. Creativity is the only way to build an empire, “ he noted.