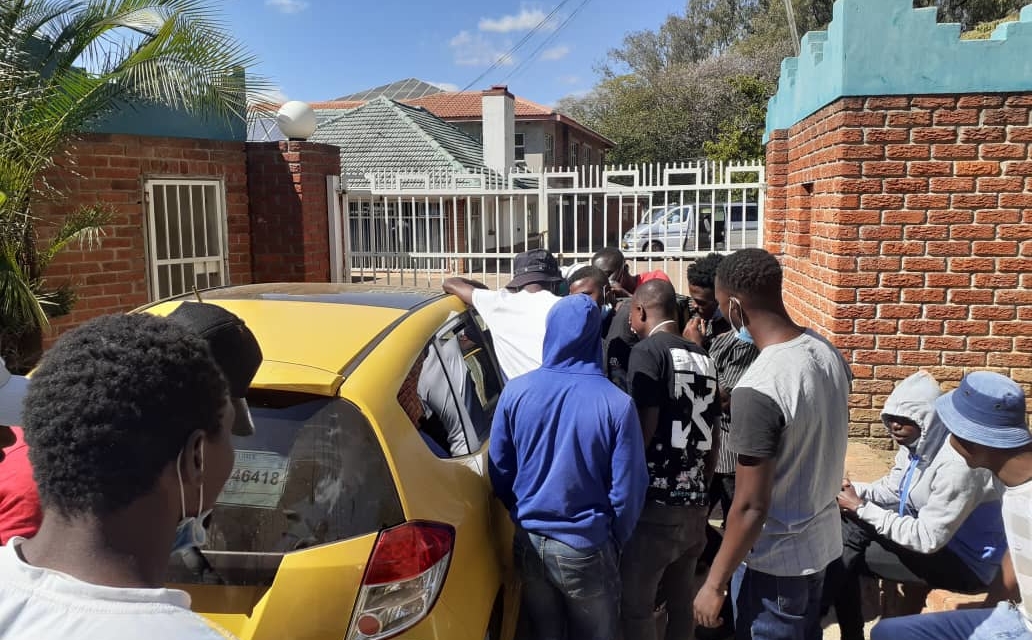 The clash between CAPS United players and the club’s vice president Nhamo Tutisani has turned nasty following the exchange of indicent words between both parties, with players even questioning if he is qualfied for that top post.

Makepekepe players gathered at the club’s Eastlea offices demanding the payment of their salaries but Tutisani locked himself in his office.

When he finally stepped out, CAPS players blocked his way and told him every word in the book.

“Why do you take possitions which you can’t handle. You want to have the prestige of owning a club while you cant simply manage it,” shouted one player.

“Who the f*ck are you to tell me that, you won’t play for CAPS United again, that I can assure you,” responded a livid Tutisani.

“You came for nothing, I don’t owe you anything. Go to the labour court and express your grievances. I don’t want to see you here,” he added.

But the players remained defiant.

”We have a contract with CAPS United, just give us our money. If you want us to leave the club just give us clearances but pay us first,” insisted angry Tutisani.

On the mention of the termination of a contract, one CAPS United player reminded Tutisani that he does not have the power to do so, but the Vice President got even more angry.

“I’m going to pay you in particular with my personal money but you will never play for CAPS again, go to your bank right now and check, I will deposit your money. Who the f*ck do you think you are?,” a visibly annoyed Tutisani said.