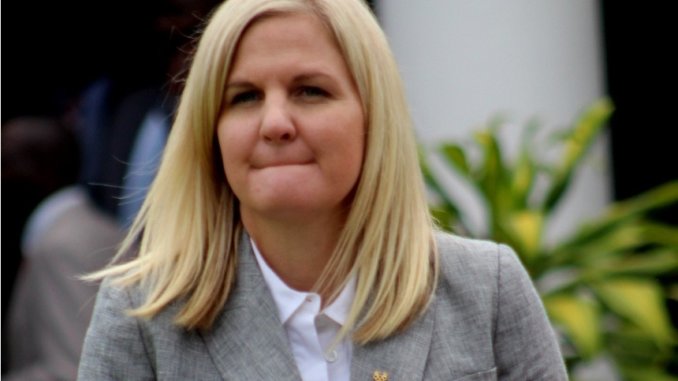 The Minister of Sport, Arts and Recreation Kirsty Coventry has been dragged to court for allegedly grabbing a farm belonging to Robert Zhuwawo.

Coventry, a former Olympic champion who was appointed minister in 2018, is according to the summons at our disposal, being taken to court for farm invasion by Zhuwawo.

“We have been instructed to file an urgent chamber application on behalf our client.

The farm is a reportedly a 232-hectare for which Coventry’s husband Tyrone Seward told Zhuwawo’s farm managers that their boss had 30 days to vacate though he (Seward) did not produce an offer letter.

The Minister is currently spearheading efforts by government to renovate the country’s stadiums, which were sanctioned by CAF from hosting international matches due to inadequate facilities.