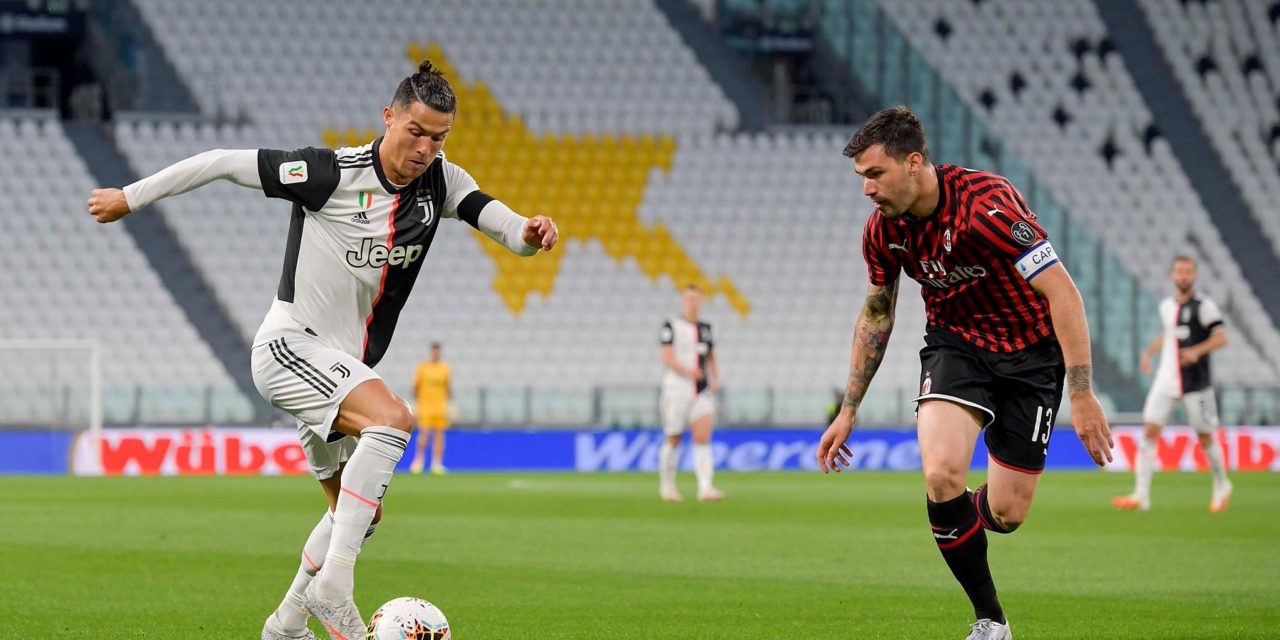 Cristiano Ronaldo’s first half missed penalty proved to be petty as Juventus drew 0–0 with 10-man AC Milan to book a place in the final of the Copa Italia at the Juventus Stadium on Friday.

The mouth-watering semi-final clash was the perfect restart for Italian football after a three-month suspension due to the Covid-19 crisis as the two giants, who drew 1-1 in the first leg at the San Siro in February, looked to progress to the decider in Rome.

The hosts were presented with a golden opportunity to take the lead on the night and in the tie when the referee pointed to the spot for a handball offense 15 minutes on the clock, which was reviewed by the Video Assistant Referee (VAR).

Ronaldo stepped up but his effort crashed against the post before Milan’s Ante Rebic was sent off a minute later for a foul on Danilo.

Neither team was able to break the deadlock; goalless at the interval.

The second half produced little in terms of goalmouth action as the Old Lady held on to book a place in the final on the away goals rule.

They will now meet the winner of the other semi-final between Inter and Napoli.