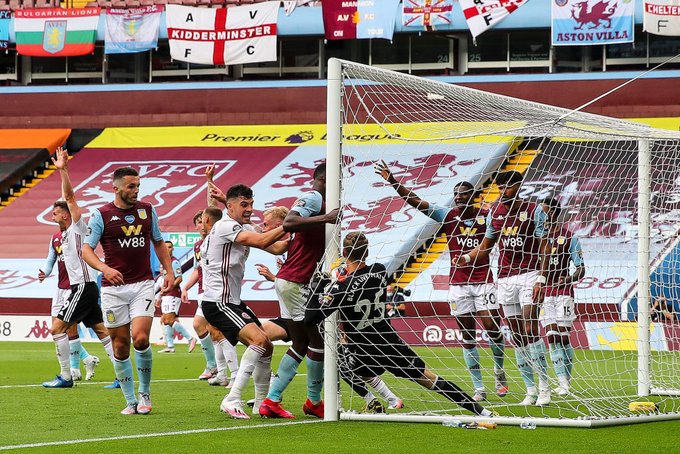 Hawkeye, the company in charge of Premier League technology has issued an apology saying Sheffield United’s goal against Aston Villa at Villa Park, which was ruled out, should have been given.

In the 41st minute of the clash, which ushered-in the return of the Premier League, Villa goalkeeper Orjan Nyland appeared to drag the ball over the goal line but goal-line technology ruled no goal, despite the ball appearing to have clearly crossed the line.

Referee Michael Oliver did not get the signal to indicate a goal and the company has admitted there was an error and the ball did cross the line.

“Hawkeye unreservedly apologises to the Premier League, Sheffield United and everyone affected by this incident,” reads the statement.

The explanation given is that that all seven of its cameras monitoring the goal line were obscured by either the Aston Villa goalkeeper, a defender or the goalpost.