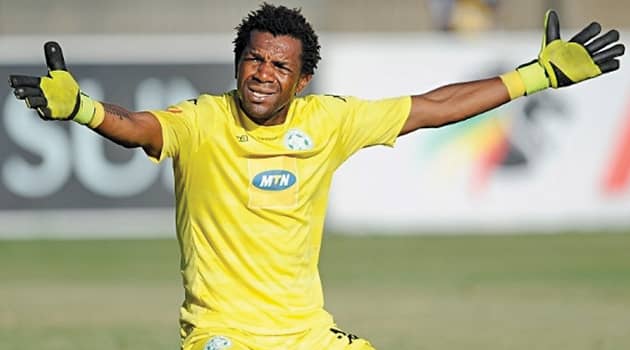 Cameroonian goalkeeper Patrick Tignyemb has found himself in the spotlight again after a video of him and his family celebrating his supposed 55th birthday was posted online.

The former Bloemfontein Celtic and Chippa United player was captured celebrating with his kids who wished him a happy 55th birthday, rising eyebrows he cheated his age to play in the South African PSL.

TIGNYEMB RESPONDS…#FARPost tracked down Patrick Tignyemb to comment on the video showing him celebrating his '55th birthday'.

But according to Far Post, the shocking video was just a joke by the West African in response to people’s belief that he looks older than his age.

Tignyemb has also been in the media recently after he attacked his former coach at Chippa Norman Mapeza in a series of posts on Instagram.

The goalie criticized the Zimbabwean’s conduct and training methods and also claimed that the gaffer made the players ‘run like headless chickens.’