Advantage Real in Laliga as Barcelona drop points at Sevilla 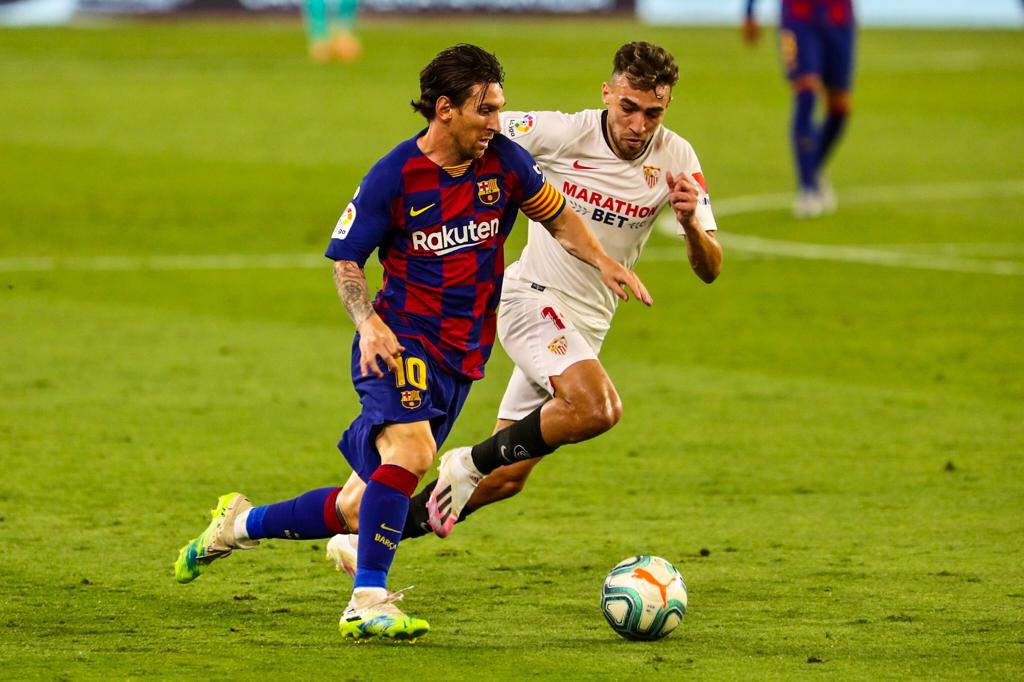 Defending champions Barcelona were held to a goalless draw by Sevilla on Friday, a result which might see them surrendering top spot to arch-rivals and fellow title-aspirants Real Madrid.

The Catalans arrived at the Estadio Ramon Sanchez Pizjuan carrying a two point advantage at the top of the table needing a win to extend the gap with 8 games left to play but the first half had very little in terms of goalmouth action.

Perhaps the biggest talking point in the first stanza came when Leo Messi appeared to have pushed Sevilla’s Diego Carlos to the ground following a challenge. The incident sparked a fracas which resulted in the referee Gonzalez Gonzalez flashing a few yellow cards though none was shown to the Argentine ace.

Sevilla coach Julen Lopetegui brought on Eva Banega at the beginning the second half, a change which galvanized his side’s attack, with Lucas Ocampos nearly thrusting them ahead but his effort was well-saved by Barcelona goalkeeper Marc- Andre ter Stegen.

In search of more impetus upfront, Barca coach Quieque Sentien brought on Antoine Griezmann later on but his side could not find the breathrough and eventually settled for a share of the spoils.

The result means if Real Madrid beat Real Sociedad on Sunday, they (Zidane’s charges) will dislodge Barcelona from the summit of the table despite the two giants being level on points.

The Spanish top flight, unlike most leagues in the world, does not use superior goal difference rule but makes use of head to head, a setup which favors Real after they drew with and beat their arch rivals in the two Eclasicos of the season.