The Harare City Council has failed to complete renovations at Gwanzura on time as the venue are in the same state they were in when they were condemned by the ZIFA First Instance Body in March.

The council has been releasing information regarding the renovations being carried, but according to pictures published by the Herald, the ground is still in a state of disrepair.

The upgrade at the Highfield-based stadium is negligible with only the grading of the playing turf and cleaning of the changing rooms having been done so far.

Part of the perimeter wall at Gwanzura has since collapsed while the sitting bays are in horrible shape. The rusty fence which separates the terraces and the pitch has also fallen. 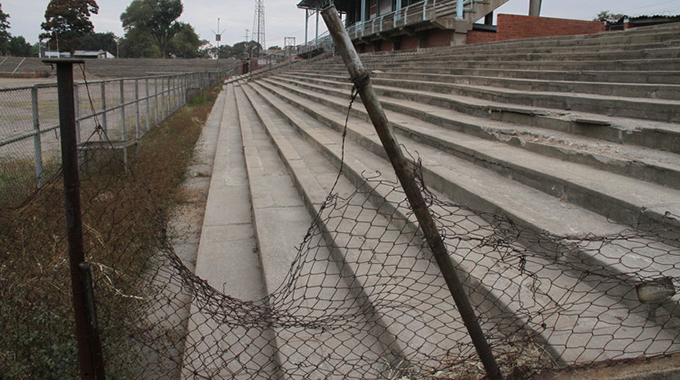 Gwanzura Stadium is still in bad state despite the HCC claiming renovations are ongoing. Pic Credit – The Herald.

The publication also claims the municipality has deployed security at Rufaro to prevent members of the media from entering the facility which has received little development too.

Contacted for comment, HCC spokesperson Michael Chideme played down the discovery by saying: “The renovations at both facilities are ongoing, but there is minimal workforce on the ground due to the coronavirus epidemic.

“Remember, some of the material which is needed for the renovations is found from companies that are not operating at the moment.”