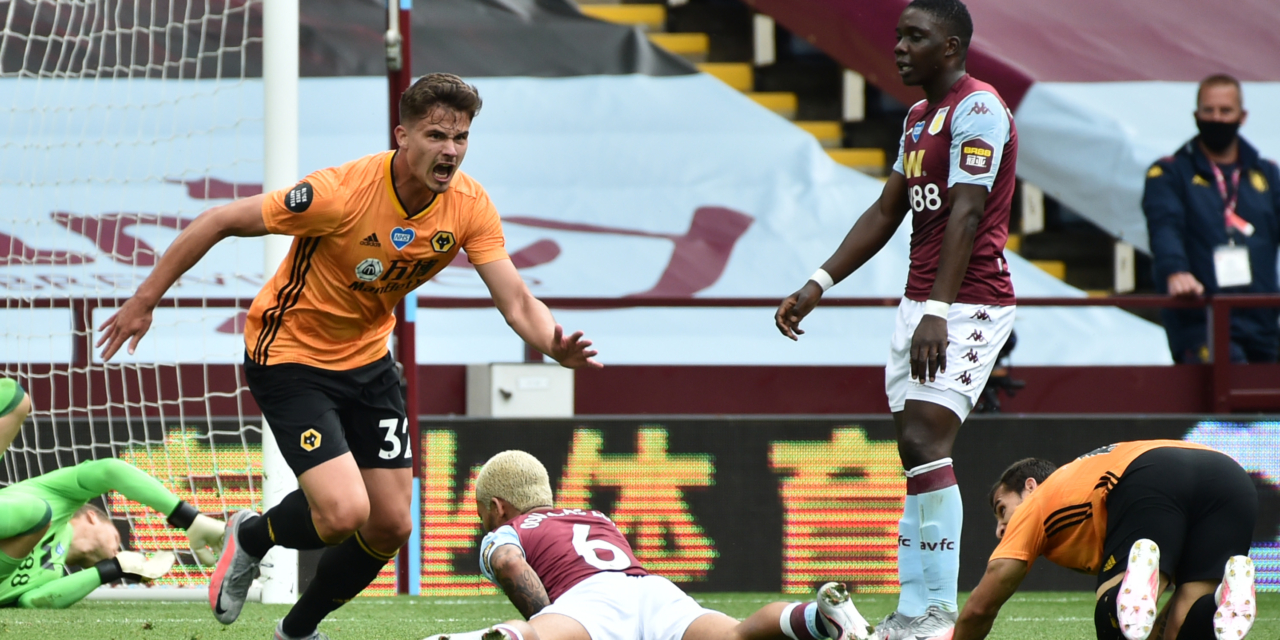 Aston Villa midfielder Marvelous Nakamba made his first start in the Aston Villa game since the return of the league on June 17.

The 26-year old had come in from the bench in all the three matches that have been played after the coronavirus break.

He started in the midfield along with Douglas Luiz and Conor Hourihane against Wolves on Saturday. However, his performance was below par, and it was compounded by the team’s overall approach to the game.

Nakamba didn’t finish the game and was subbed off in the 82nd minute.

Villa went on to lose the encounter 1-0, thanks to Leander Dendoncker’s goal just after the hour.

In the English Championship, Macauley Bonne played in Charlton Athletic’s 1-0 over QPR.

The striker put on a decent contribution and created a couple of chances. He scored in the 58th minute, but his header was from an offside position.

The Warriors international was taken off with six minutes to play.

Andy Rinomhota also featured on Saturday and scored Reading’s consolation in 2-1 loss at Derby County while in Turkey, Teenage Hadebe made his second successive start in the Yeni Malatyaspor first XI against Fenerbahce, but only played until the half time as his side lost 3-2.

Tendayi Darikwa’s Nottingham Forest will be in action tomorrow when they face Huddersfield in the English Championship.

The Warriors defender is yet to feature for his side this season, having recovered from an ACL injury sustained on the eve of the campaign.