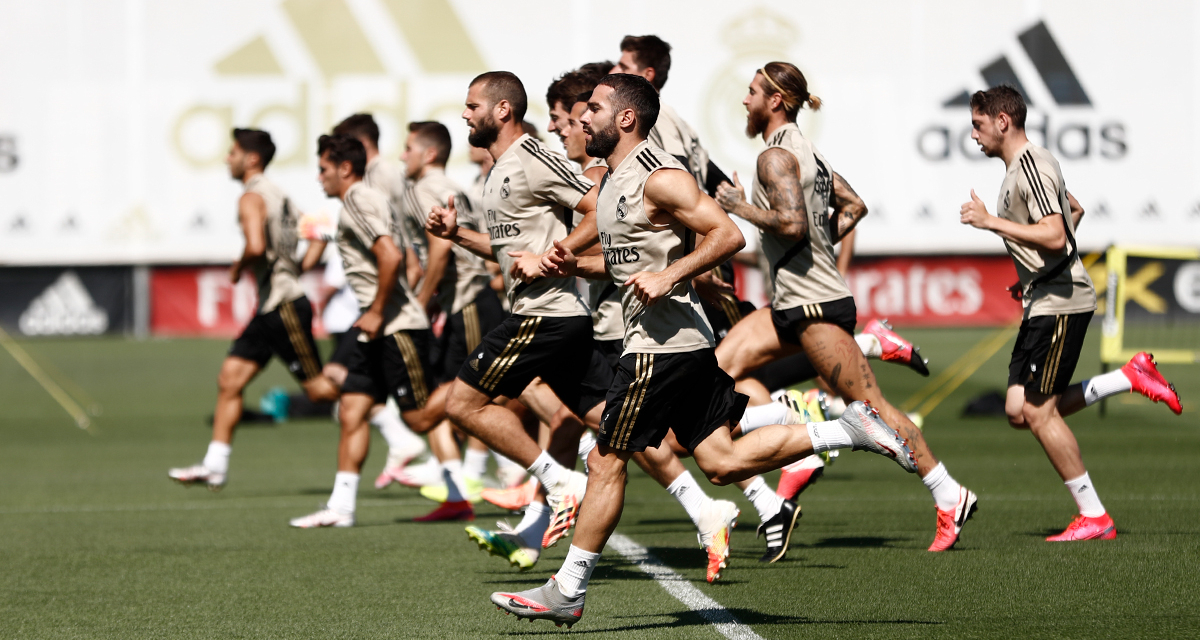 Real Madrid will be crowned the 2019/20 LaLiga champions if they continue with their winning streak when they host Villareal at the Estadio Alfredo Di Stefano tonight.

Zinedine Zidane’s charges were two points behind Barcelona when football was brought to a halt due to the Covid-19 pandemic in March but they have won 9 consecutive games since the restart, dislodging Barcelona from the top and opening a four point gap in the process.

They need just two points from their remaining two games, meaning they can even lose or draw tonight’s clash against the Yellow Submarine and still go on to win the title with a win at Leganes on Sunday.

Apart from the LaLiga title, Los Blancos also have their seights set on the Pichichi Trophy (the division’s top goal-scorer) with French striker Karim Benzema on 18 goals, just 3 behind Barcelona ace Lionel Messi, who is on 22.

No Madrid player has won the trophy since Cristiano Ronaldo scooped it in the 2014/15 season, with the Barca duo of Messi and Luis Suarez winning it since then.

Goalkeeper Thibaut Courtois is also the front- runner for the Zamora Trophy (given to the goal keeper with the most clean sheets in LaLiga.)

The Belgian has 18 clean sheets this season and if he goes on to win it, he wll be the first Real goalkeeper to do so since Iker Casillas in the 2007/08 season.