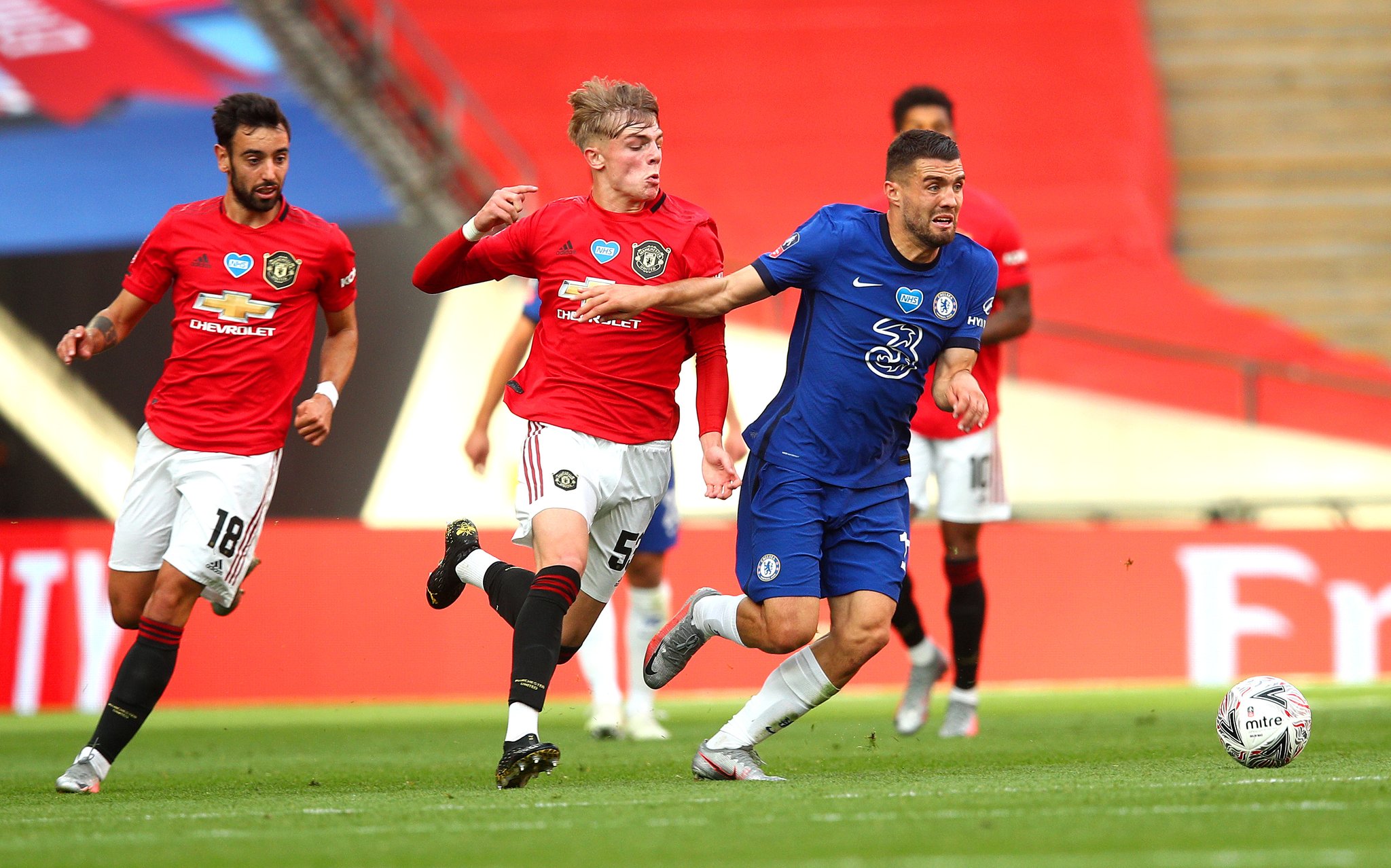 Impressive Chelsea thumped Manchester United 3-1 at Wembley to book a place in the 2019/20 FA Cup final.

The final will now be a case of whether London is blue or red as Chelsea will now meet Arsenal, who cruised past Manchester City 2-0 last night.

Bruno Fernandes’s late penalty proved to be just a consolation as The Blues marched on to their 14th FA Cup final.