Lampard tells Liverpool not to get “too arrogant” 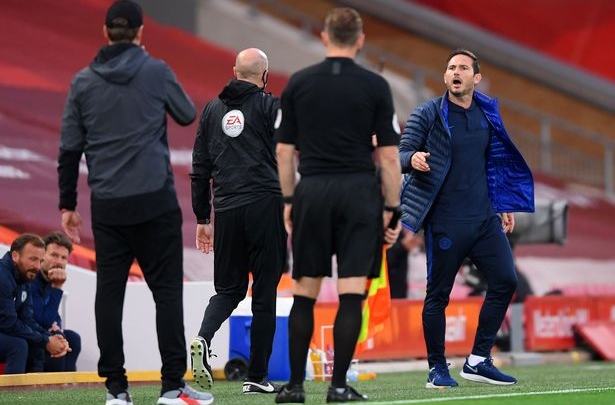 Chelsea manager Frank Lampard has warned Liverpool not to get “too arrogant” following a confrontation with Jurgen Klopp during his side’s 5-3 defeat at Anfield.

The Blues gaffer was involved in a heated exchange with the home team’s bench after Mateo Kovacic fouled Sadio Mane just outside the box and Trent Alexander-Arnold curled in the free-kick to double the lead in the first half.

“For me, it wasn’t a foul from [Mateo] Kovacic [on Sadio Mane], and there were little things that weren’t going,” Lampard told Sky Sports.

“On the bench, I’ve got no problem with Jurgen Klopp, he’s managed his team, and it’s fantastic.

“Some of the bench, it’s a fine line between when you’re winning, and they’ve won the league, fair play to Liverpool Football Club, but also don’t get too arrogant with it. In match play, you get emotional, and that was it.”