We were convinced we would countinue to win without Ronaldo: Modric 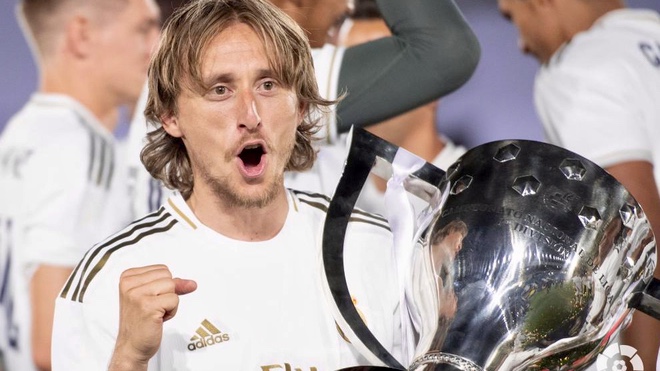 Ronaldo, the all time leading goal scorer in Real Madrid history, left for Juventus after the 2018 Champions League final in Kiev, after a record-breaking nine season spell in the Spanish capital.

Madrid initially struggled to cope without Ronaldo, with two managerial casualties in a trophyless season after the five-time World Player-of-the Year swapped the famous white shirt for the Old Lady’s black and white.

The return of Zinedine Zidane has however seen them win the LaLiga title and Spanish Super Cup in the just ended 2019/20 season and even though Modric acknowledges the role he (Ronaldo) played at the club prior to his departure, he insisted they knew things would go right eventually.

”It is not necessary to discuss how important Cristiano was for Real Madrid. But I must say that we were not overwhelmed by the fact that he was not there in the sense that we could not have the same ambitions,” the Croat was qouted as saying by Goal.com.

“We were convinced that we would continue to win without him,” he added.

The 2018 Balon d’or winner attributed Real’s success to the manner in which Zidane man-manages his players.

“Zidane once again proved to be a great person. He is reassuring and he is very correct in his approach to the player. There are always those who do not play as much as they would like, they are not happy and that makes sense. But the coach’s approach has helped everyone feel part of the team and accept their situation,” explained Modric.