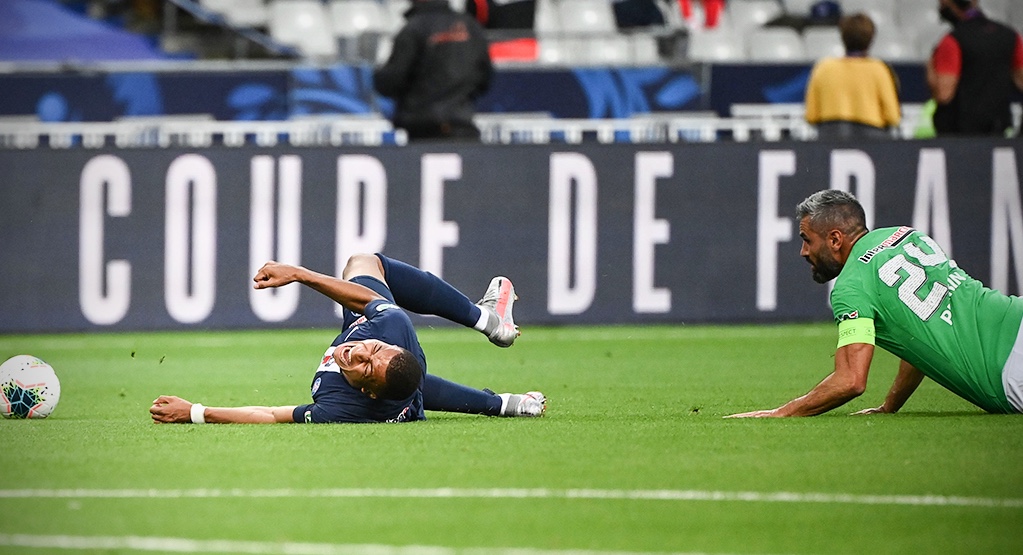 French champions Paris Saint-German will be sweating over the fitness of star forward Kylian Mbappe after his injury in the 1-0 win over St-Etienne in the Coupe de France final last night.

Mbappe was recklessly tackled by Etienne captain Loic Perrin in the first half, with the latter receiving his marching orders as a result, an incident which sparked a touchline spat between the two sides as the former Monaco man left the pitch in tears.

He (Mbappe) came back to the pitch side for the second half on clutches and the Parisians will be hoping that he recovers from what looked like an anke problem in time for the Champions League, which resumes next month.

PSG play Italian Serie A side Atalanta in the quarterfinals on the 12th of August after having eliminated Borrusia Dortmund in the Round of 16 before football was brought to a halt by the Covid-19 pandemic.