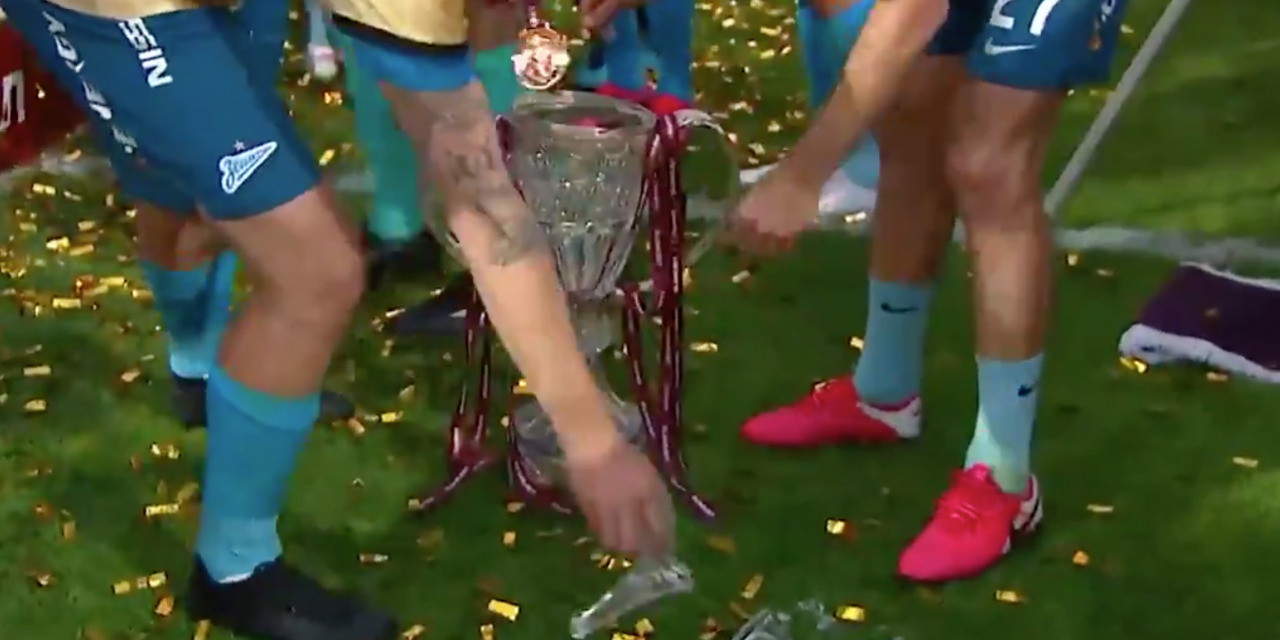 Former Chelsea star Branislav Ivanovic celebrated winning his latest silverware on Saturday, but the party took an awkward turn when he dropped the trophy and shattered its glass lid.

The defender, who now plays and captains Zenit Saint Petersburg in the Russian top-flight league, helped his team win the Russian Cup after beating second-division side Khimki 1-0.

As players and staff leapt on the podium after the game to lift the trophy, captain Ivanovic dropped it to the floor, resulting in the glass top of the cup being smashed into pieces.

The accident didn’t dampen the mood too much though, and the club later tweeted a light-hearted apology, saying:

“Ok, you’ve all heard by now we managed to drop and break the Russian Cup, and we’d like to say sorry!”

Ok, you've all heard by now we managed to drop and break the Russian Cup, and we'd like to say sorry!🤦‍♂️ (watch with sound 🔉)