FIFA makes embarrassing mistake in an attempt to praise Ronaldo 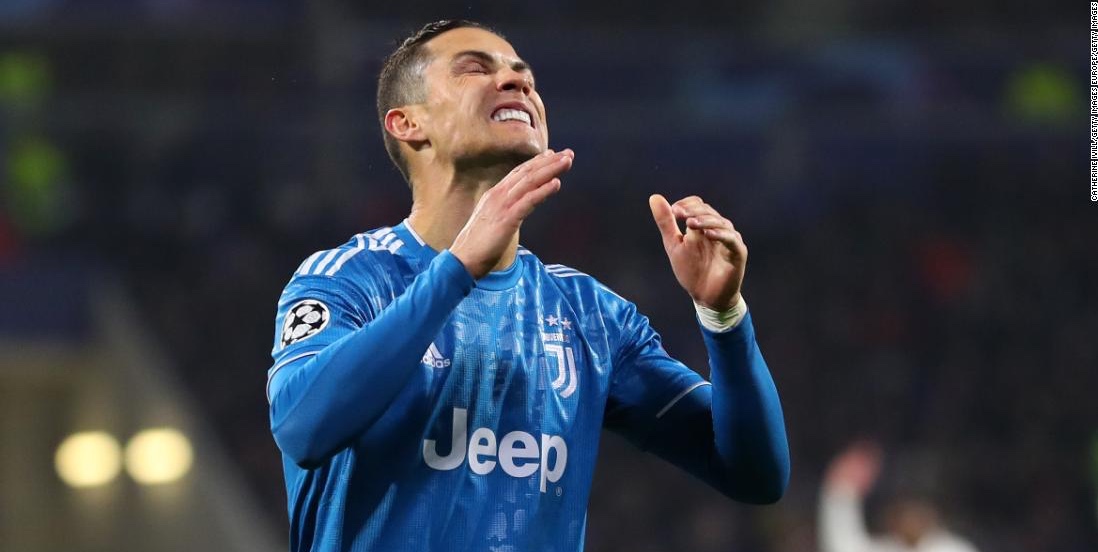 World football governing body FIFA made a grave mistake on Twitter when they suggested that Portuguese superstar Cristiano Ronaldo is the only player to ever win league titles in three different countries.

The 35-year-old won the 2019/20 Serie A title with Juventus after their 2-0 victory over Sampdoria on Sunday, which was the five-time World Player-of-the-Year’s second since he joined the Old Lady from Real Madrid.

In congratulating Ronaldo, FIFA highlighted in a tweet that he is the only player in history to have won the league in three different countries after previously having done so in England with Manchester United and in Spain with Madrid.

“10 goals in 10 games since the resumption of @SerieA_EN has helped @Cristiano become a multiple-time league champion in England, Spain & Italy. No other player has even won all 3 leagues once. The country doesn’t matter when you’re from another planet,” read the post.

In actual fact, contrary to the claim in the last part of the post,  Ronaldo isn’t the only one who has won 3 league titles in 3 different countries at least once, his current Juventus teammate Danilo also achieved the same feet, having won the Premier League with Manchester City and LaLiga with Real Madrid.

The Brazilian full back responded to the tweet with thinking emojis, as if to remind FIFA that what they were saying wasn’t correct, before the world governing body deleted the post. 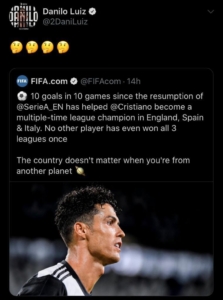