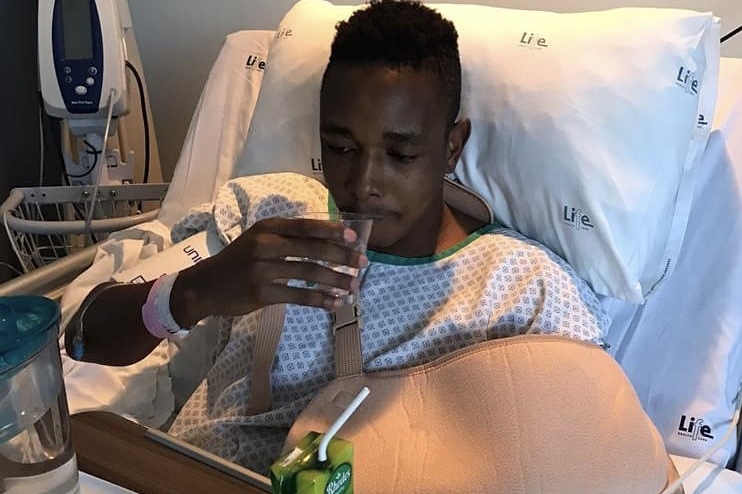 The 23-year-old broke his a broken ulnar (the long bone found in the forearm that stretches from the elbow to the smallest finger, and when in anatomical position, is found on the medial side of the forearm, during Azam’s 0-1 defeat to Young Africa in the Tanzanian top-flight on November 25.

He travelled to South Africa last week, the surgery was done today and it was successful.

He will be out for at least four weeks.

Dube’s injury will be a huge blow for title-chasing Azam, for whom he has scored six league goals in the 2020/21 campaign.