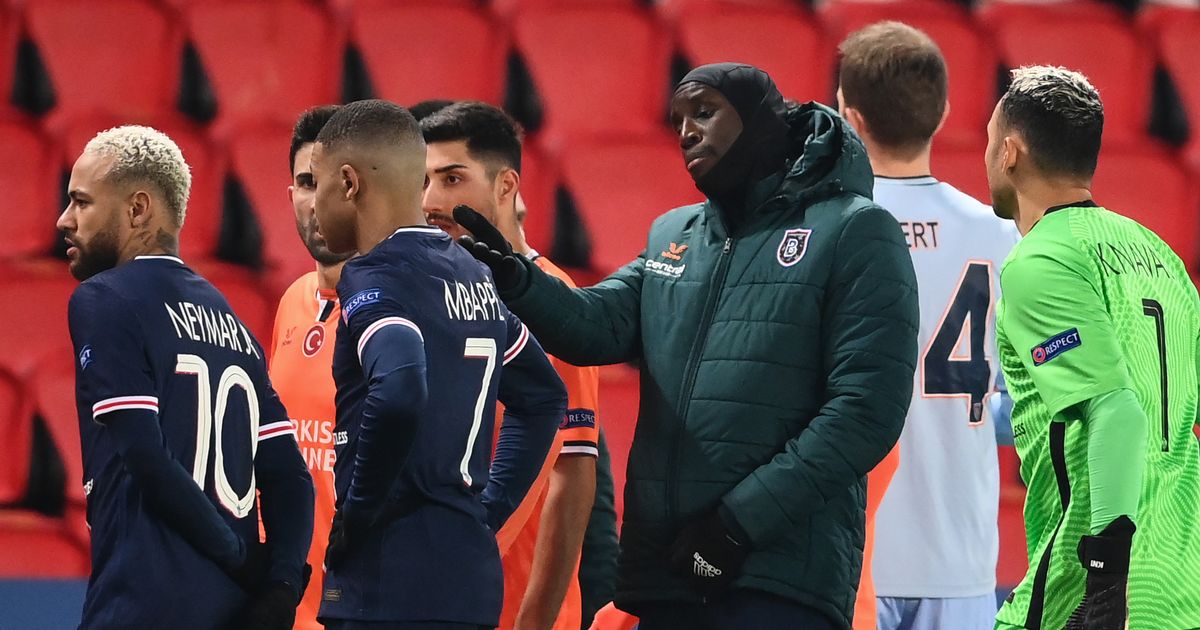 The game had to be suspended as players from both sides walked off the pitch in protest after the fourth official Sebastian Coltescu referred  to Instabul assistant coach Pierre Webo as ‘negro’ during a confrontation over a contested foul decision.

UEFA informed the football world that they were aware of the incident, which set social media ablaze on Tuesday night.

“UEFA is aware of an incident during tonight’s Champions League match between Paris Saint-Germain and Istanbul Basaksehir and will be conducting a thorough investigation.
Racism, and discrimination in all its forms, has no place within football,” reads a statement by the governing body.

“UEFA has – after discussion with both clubs – decided on an exceptional basis to have the remaining minutes of the match played tomorrow with a new team of match officials. The kick-off has been set at 18:55 CET.”