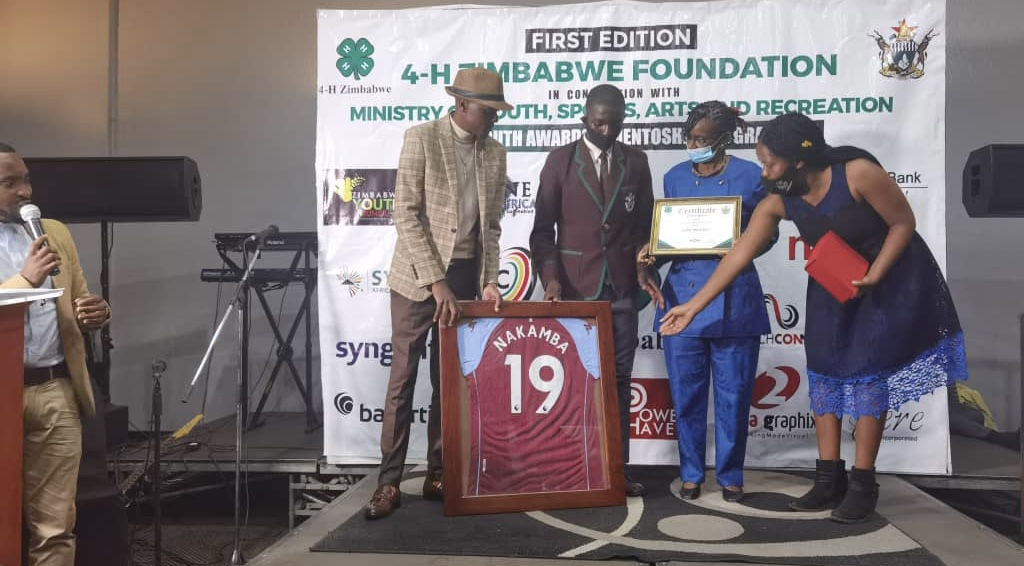 The Aston Villa midfielder, through his Marvelous Nakamba Foundation, a non-profit organization which helps underprivileged children and youths, will sponsor the education of Mutikiri, who won the Junior Sports Person of the year, education costs up to tertiary level.

The foundation also gave the Young Warriors starlet the Aston Villa shirt which Nakamba won during the 7-2 drubbing of defending champions Liverpool early this season.

Mutikiri was presented with the prizes at the the inaugural Youth For Youth Mentorship program organised by 4H in conjunction with Ministry of Youth last night.