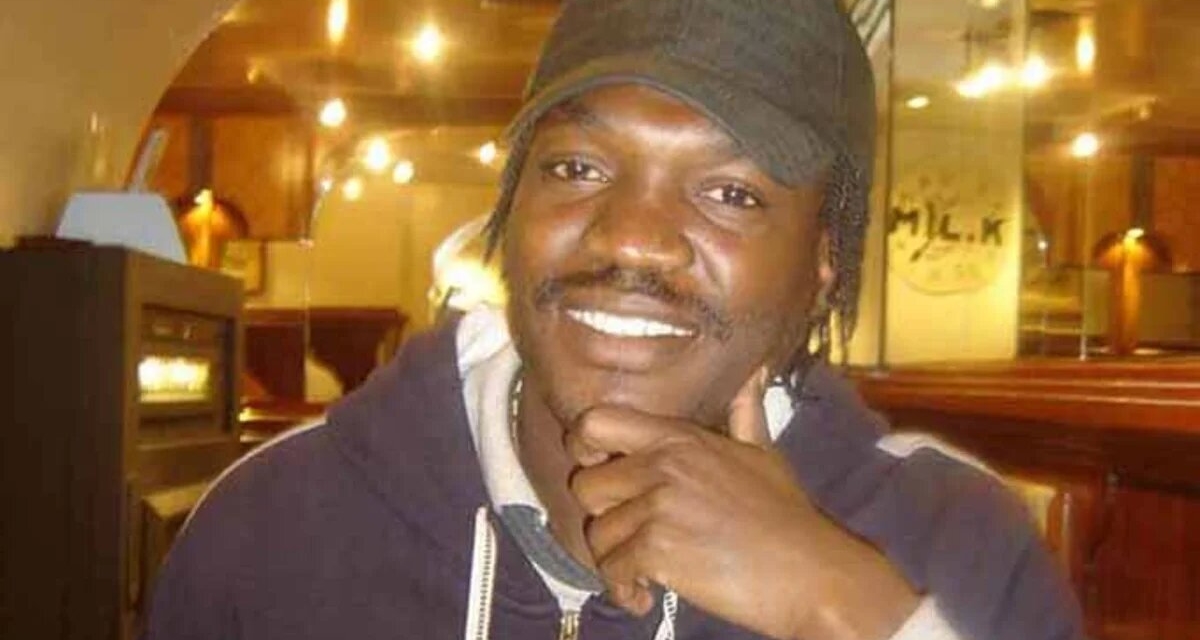 For many football stars across the globe, playing in English Premier League means the zenith of achievements in the game.

There are actually players from some of Europe’s top leagues like Ligue 1 and Serie A who feel incomplete if they retire without playing in the English top flight.

So you can imagine how big an opportunity for a player to go from a local club in Zimbabwe straight to the Premier League.

That has only been achieved by legendary former Warriors skipper Peter Ndlovu, when he swapped the black and white Bosso jersey for the sky blue of Coventry City in the early 90s but in December 2004, Cephas Chimedza had the chance to emulate that feet.

At the peak of his powers when a trailblazing Green Machine under Charles Mhlauri dominated the local top-flight, the former Warriors left-back was invited for a trial stint at Sheffield United, who offered to pay for his food and accommodation expenses while they access him, in the United Kingdom. 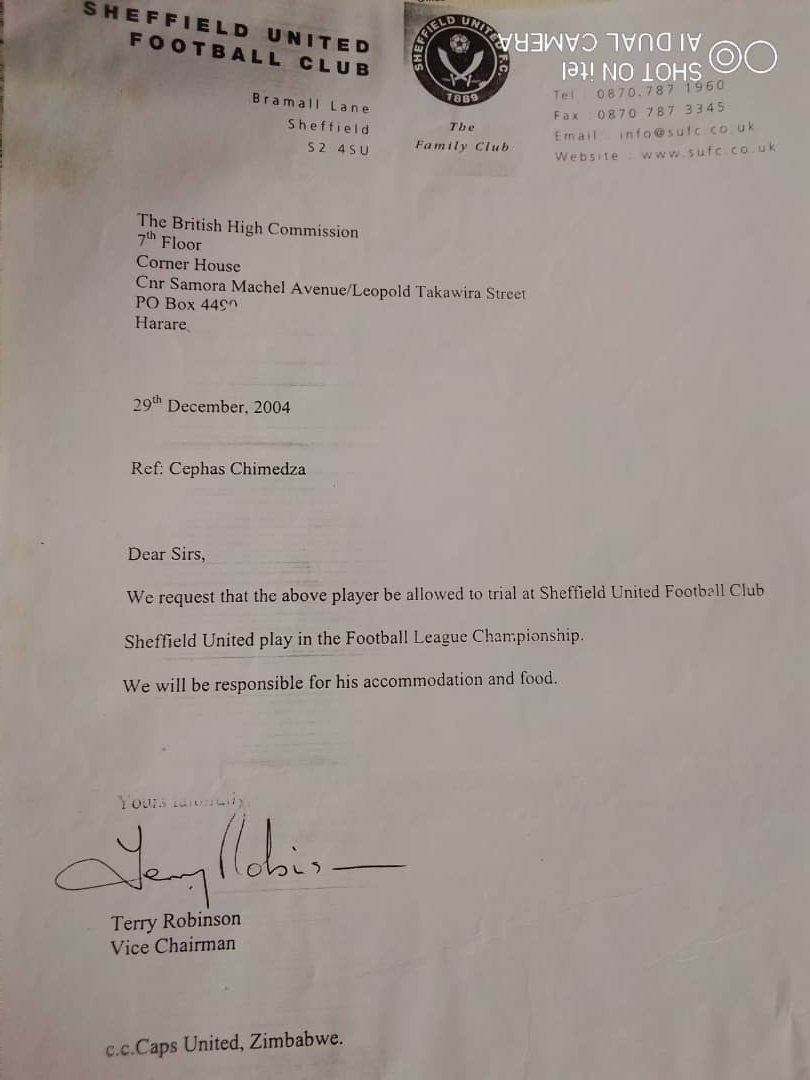 The letter Sheffield United sent to Green Machine requesting to have Chimedza for trials. 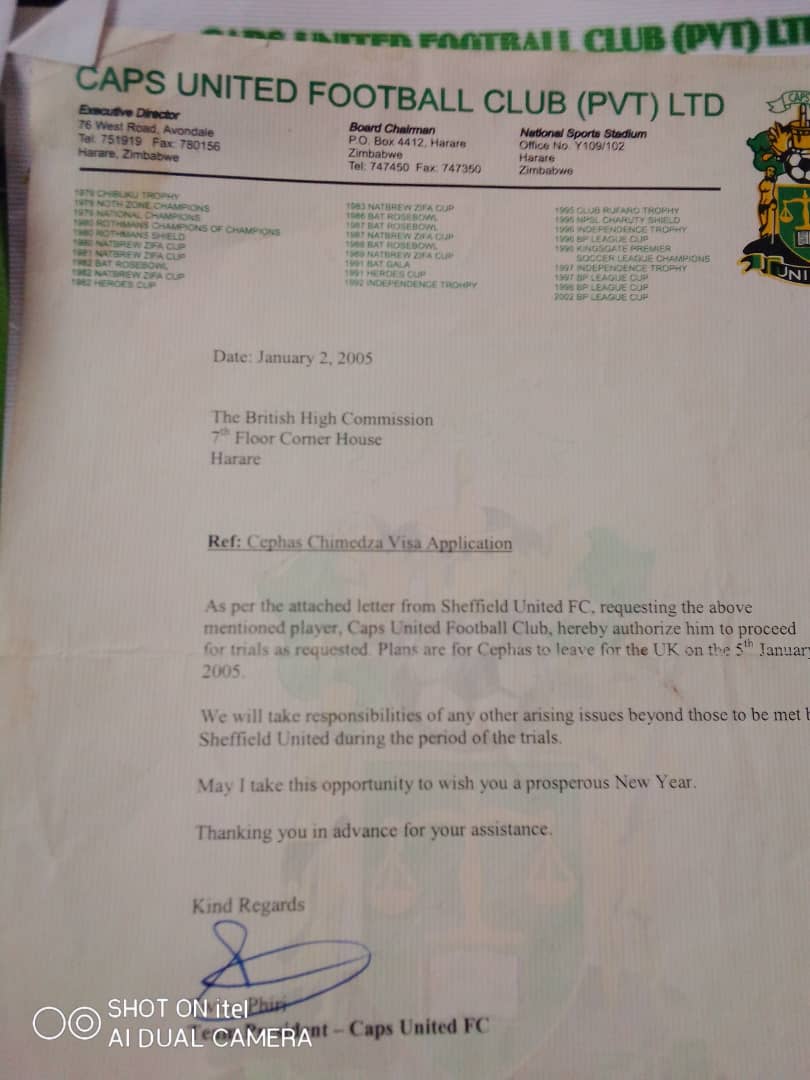 So what then happened?

“The guy who was the intermediary didn’want any other people to get involved,so he just “disappeared ” last minute,” recalled Chimedza when quizzed by a follower on Twitter.