The interface between Zimbabwean football stars and Heads of State 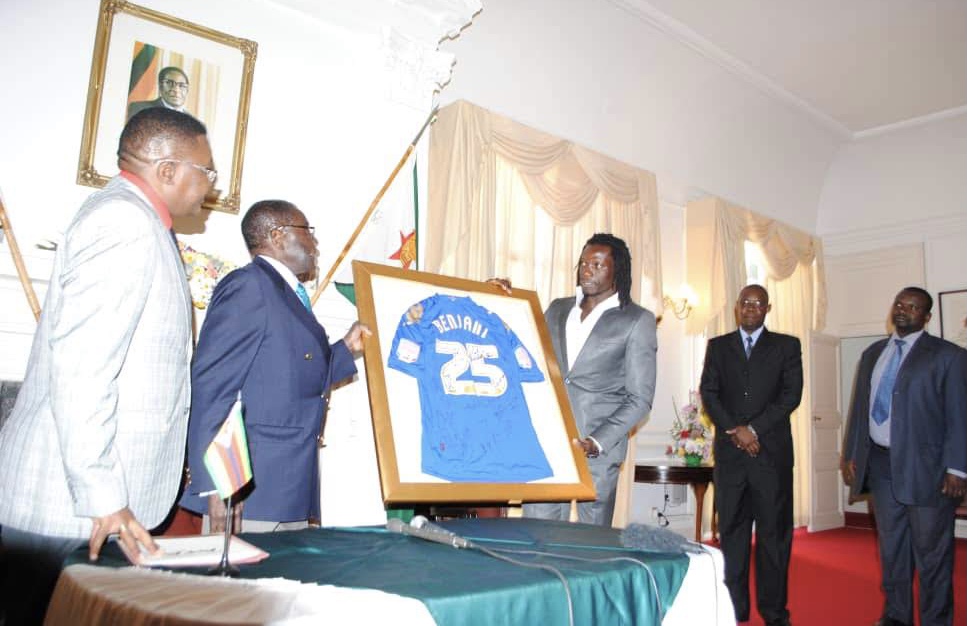 The in-form Olympique Lyon hotshot went to the First Family’s residence accompanied by his wife Sharon, his mom as well as brothers Prosper and Pardon Kadewere.

Typically, Zimbabweans reacted differently, with some castigating the Warriors striker while others congratulated him for being recognized by the Head of State.

The debate as to whether Tino did right or wrong can go on until the cows come home but it has to be noted clearly that he isn’t the first national soccer team player to interact with the Head of State in Zimbabwe, both physically and psychologically.

There are legends in Zimbabwe whose words and actions are regarded as the gospel truth, who have interacted with the President in the aforementioned manners.

Benjani Mwaruwari, former Warriors captain and one of the few Zimbabwean players to have graced the English Premier League, once went to State House and presented the late former President Robert Gabriel Mugabe, an autographed Portsmouth shirt.

The Undertaker, as Mwaruwari is fondly referred to locally, even framed his number 25 Pompey shirt to give to Mugabe.

Legendary former Warriors skipper Peter Ndlovu, arguably the greatest player to come out of this land, once spoke in front of the world on BBC and said the only person he would give his national team shirt is the late nonagenarian former head of state.

“Every time that I wore this jersey, I was trembling to do well. I was actually challenged to do well because leading the national team, everything is in your hands regardless of whether you score or not. The important thing is the national flag,” he added.

In 2018, big goalkeeper George Chigova had this to say after Mnangagwa heaped him with praise after a heroic penalty shootout show at COSAFA in South Africa.

“I will do this to honour my President, in fact winning this game and qualifying for AFCON is a present that I want to give to my President for the support he shows to us,” said Chigova.