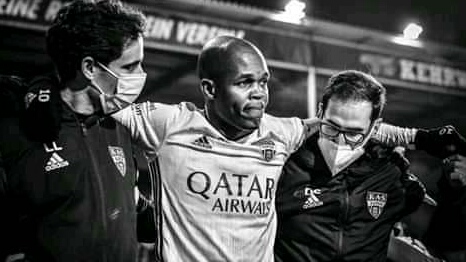 Benat San Jose’s charges were thumped 1-4 by Genk on Wednesday, their second defeat on the trot but the elephant in the room is that Musona was stretched off in the first half of the game due to an undisclosed type of injury.

He was replaced by Belgian Jonathan Heris with just 28 minutes on the clock.

When Musona was stretched off, Eupen were leading 1-0, only for them to crumble, concede four goals and lose the match.

Interestingly, in the previous game, the Aces Youth Academy graduate was taken off late in the second half having scored a brace of free kicks and left the team leading 2-1, only for them to crumble and lose 3-2.

Musona is doubtful for tomorrow’s away trip to Cercle Brugge.