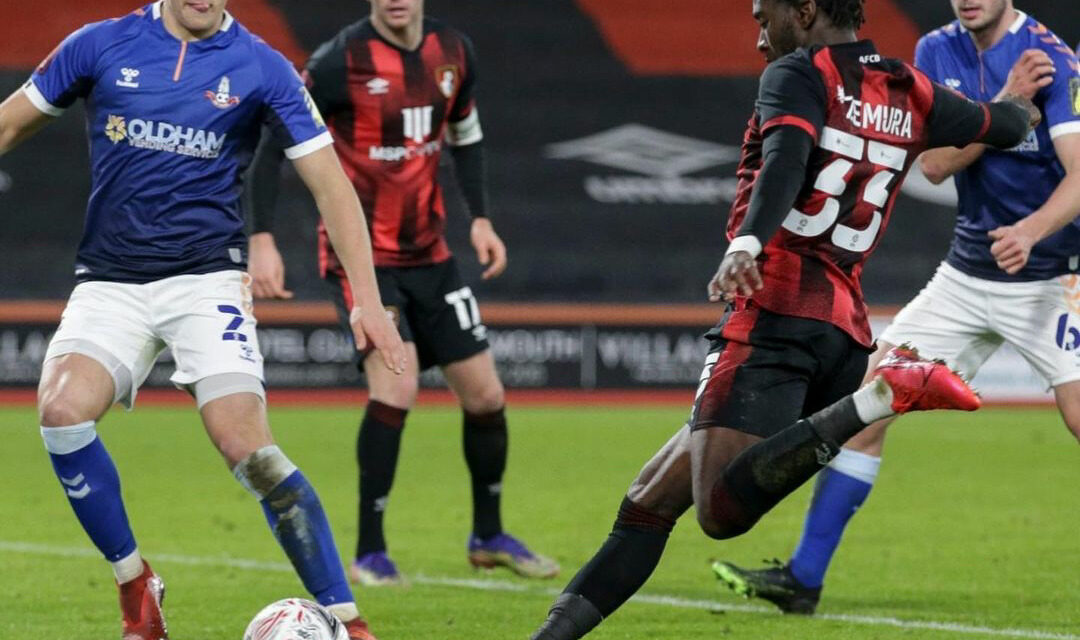 Zimbabwe international Jordan Zemura was in the Bournemouth side which hammered Oldham Athletic 4-1 in the FA Cup yesterday to progress to the next round of English football’s oldest competition.

The 21-year old, who made his first team debut for the Cherries this season, started for Jason Tindal’s side at left back.

Bournemouth progressed to the 4th round thanks goals by David Brooks, Rodrigo Riquelme and a second half double from Josh King, while Oldham got their consolation courtesy of a Dylan Bahamboula spot kick on the stroke of half time.

Up next for the Cherries is a home league game against Millwall on Tuesday.

They sit third on the table in the Championship with 41 points from 22 games, behind Swansea and log leaders Norwich.