Kadewere with a derby brace as Lyon thrash AS Saint-Étienne 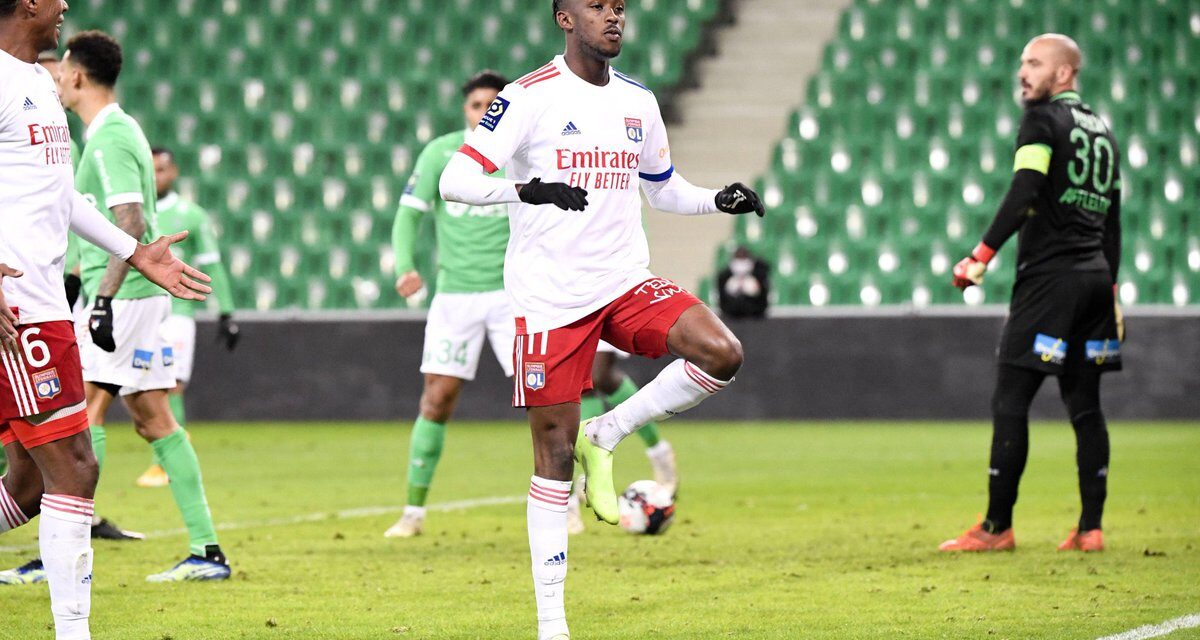 Zimbabwean international Tintotenda Kadewere returned to scoring ways with a brace as Lyon thrashed AS Saint-Étienne 5-0 at the Stade Geoffroy-Guichard Stadium this evening.

Kadewere handed Lyon the lead in the 16th minute shooting from close range.

Lyon continued to dominate the first half and added to their tally in the 35th minute with Marcelo scoring the second with a header.

Halftime came with Lyon firmly in control of the derby.

In the 58th minute, Marcelo scored the third with an almost identical header to his first.

In the 67th minute, Kadewere was at it again as he scored Lyon’s fourth of the night with another shot after a good exchange with Memphis Depay.

The victory sees Lyon reduce the gap on log leaders PSG to two points, Lille who registered a narrow 1-0 win over Rennes earlier are in second place with 45 points the same as PSG but with an inferior goal difference.