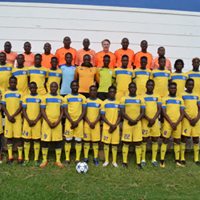 Harare City Football Club have dismissed reports suggesting the club will be disbanded.

Social media was this week awash with reports that the Sunshine Boys franchise will be sold due to financial difficulties.

The club’s spokesperson Michael Chideme however vehemently-refuted those claims.

“We do not have any talk of disbandment. The club is there to stay and to contribute to the development of football in Zimbabwe. Look at what we have done, we have produced some gems in the national league and we have also exported some gems to Europe.”

“So the club will still be running and we are actually looking forward to the resumption of the local league season when the Covid-19 crisis is over,” he added.