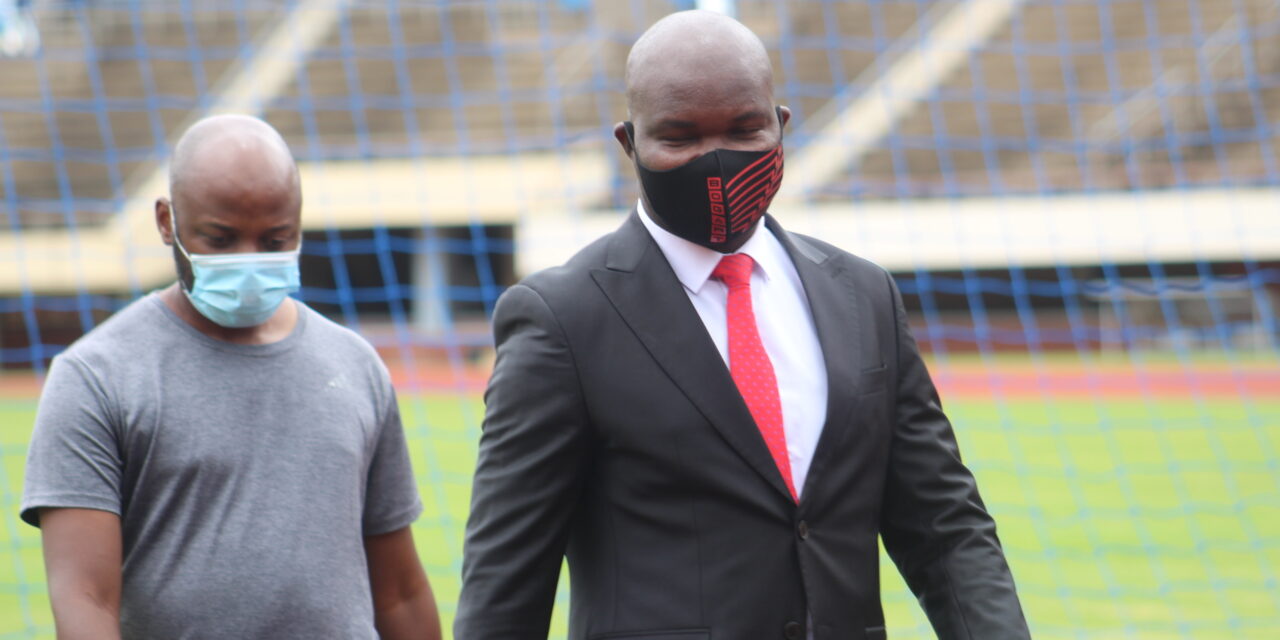 Deputy Sports Minister Tino Machakaire today toured the National Sports Stadium to inspect the giant facility in the wake of the ban imposed by the Confederation of African Football (CAF).

All arenas in the country were barred from hosting international matches by the continental governing body last year, which cited lack of set international standards.

CAF then reprieved the giant stadium to host the AFCON qualifier between the Warriors and Algeria but ordered the local authorities to renovate it to meet the required standards.

Addressing journalists after the tour, Machakaire said the ministry, which will soon take over the stadium from their local governance counterparts, is impressed by the progress made there.

“From the look of things they managed to cover up the outstanding issues. We are just hoping that the match that is set to be played here on Sunday (the FC Platinum Confederations Cup clash) will be played but there are some concerns over other issues which we raised. We will check from the team doing the work,” he said.

The Deputy Minster also gave an update on bucket seats, a prerequisite for all stadiums based on the CAF standards.

“The CAF inspection team were impressed by our progress and we are also hoping that as soon as this pandemic goes, we will be able to put the bucket seats that are outstanding and make sure that we also take control of the stadium since it was managed by another ministry, the we will start working on other issues,” he added.