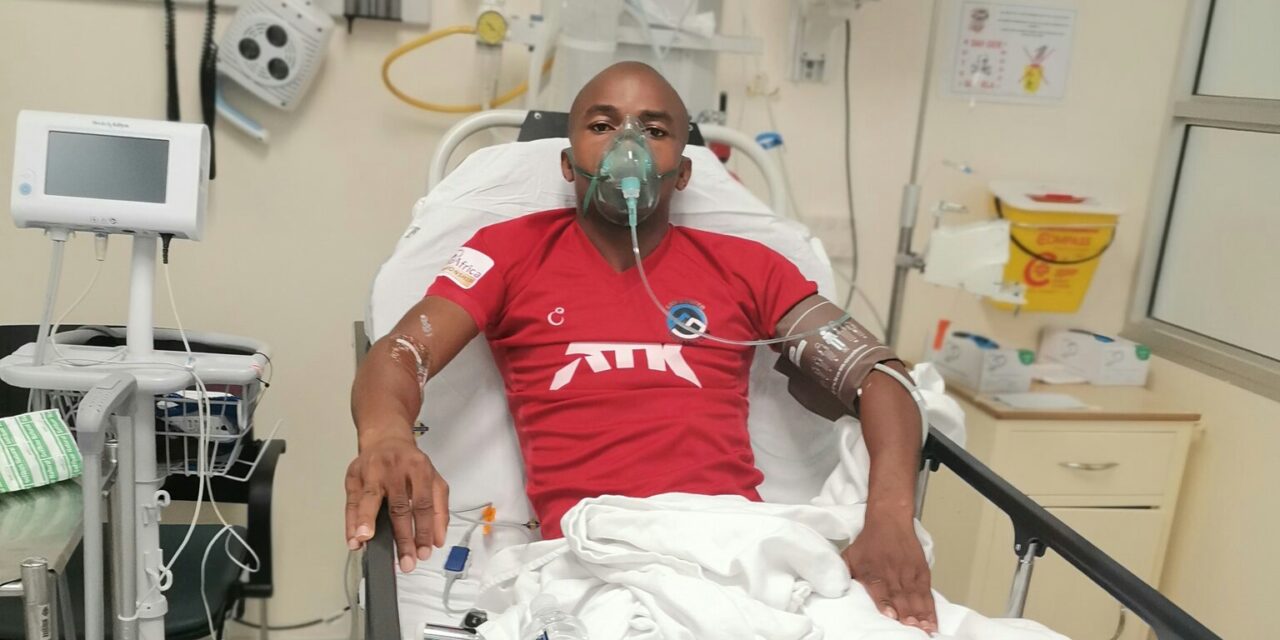 Zimbabwean winger Gabriel Nyoni was on the receiving end of crude tackle which resulted in him being taken off with just 15 minutes on the clock, during Cape Umoya’s Glad Africa Championship match  against Richards Bay on Tuesday.

It is still not clear the kind of injury ‘Granvia’ suffered but he was taken to the hospital after the incident and now requires surgery.

“I hope its not the end. Never thought one day i will be in this condition. Lord Heal me. Thank you for those who have been wishing me well. Surgery tomorrow,” he wrote on Twitter.