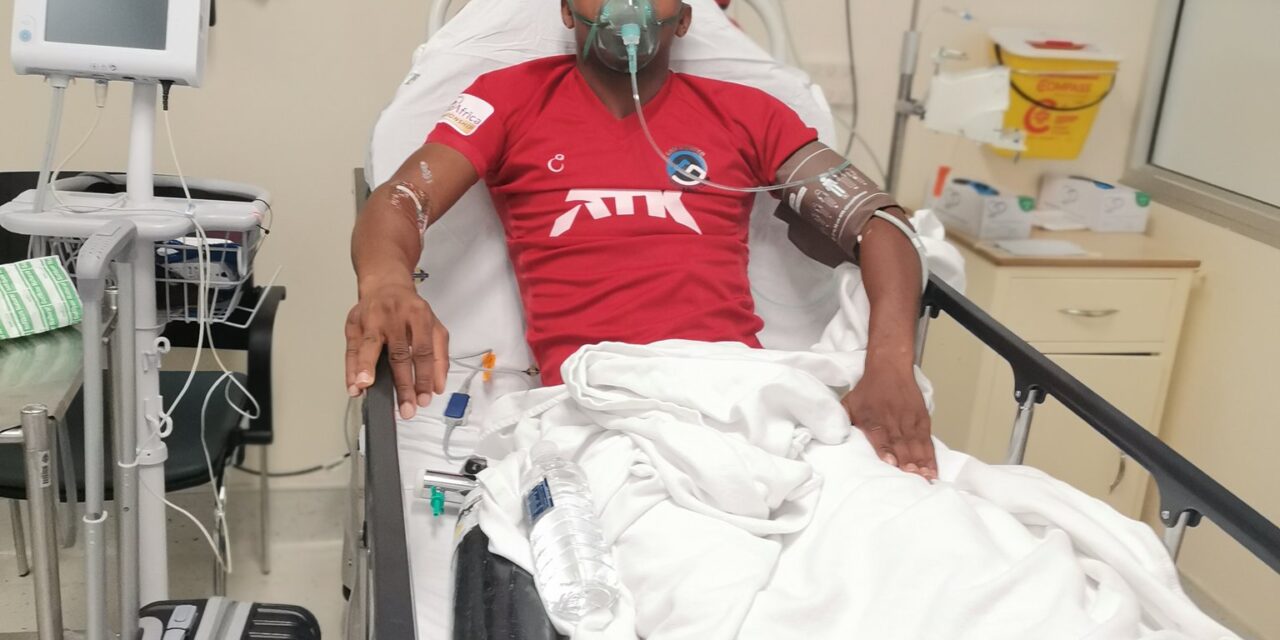 The former Highlanders and CAPS United winger, who now turns out for Cape Umoya in the Glad Africa Championship, was on the receiving end of a dangerous tackle during the goalless draw with Richards Bay, suffered a broken and fractured foot.

“I hope its not the end. Never thought one day i will be in this condition. Lord Heal me. Thank you for those who have been wishing me well. Surgery tomorrow,” wrote the speed merchant in a tweet which attracted over 450 replies. 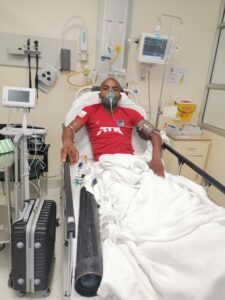 Nyoni in hospital before the surgery.

The surgery dig go well according to the former Maritzburg United winger but a video of the broken foot with screws, left some fearing the worst.

Messages of good wishes continue to pour in, with the winger at some point last week pleading for people to pray for him.

We join the rest of the local football family in wishing him a speedy recovery.