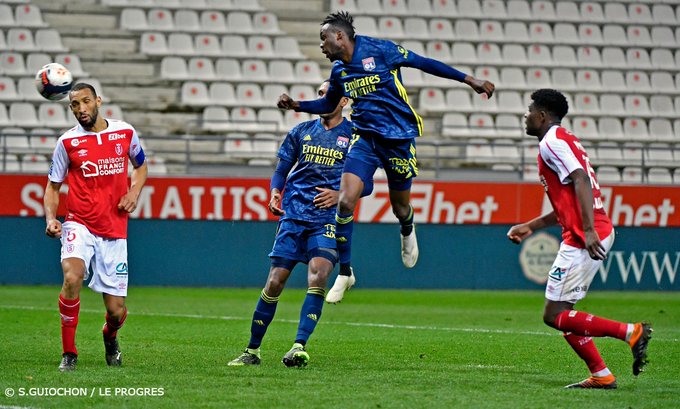 Zimbabwe international Tino Kadewere says he is delighted to be back among the goals and it’s a good way to prepare for next week’s mouthwatering clash against PSG.

The 25-year-old came off the bench to rescue a point for Les Gones in the 1-1 draw with Marshall Munetsi’s Stade de Reims, heading home his 10th goal of the season in the 90th minute.

“It was a difficult game. We had a lot of chances to win. The season is not over yet. We have to work to be ready for PSG. I’m happy to be back on the scoresheet,” he said after the game.

Only Dutch whiz Memphis Depay (14) and Cameroonian Karl Toko-Ekambi (11) have scored for Lyon, more league goals than the Zimbabwean striker in the 2020/21 season.