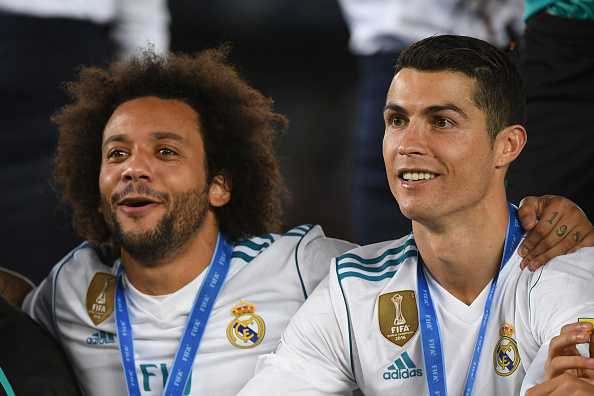 Ronaldo (36), left the Spanish giants at the end of 2018 after nine seasons to join Juventus but recent reports have suggested that he might be on his way back to the Santiago Bernabeu.

Marcelo replied with “soon” to a video on Instagram of him and Ronaldo celebrating the Champions League final victory over Liverpool in 2018, a move interpreted by some as a way the Brazilian suggested of a reunion with the five-time World Player of the Year.

Recently, Los Blancos coach Zinedine Zidane was asked of the potential return of Ronaldo and did not deny the possibility.

“Yes, it may be [true],” the gaffer told Sky Italia, when asked about the rumours linking the player with a return to Real.

‘We know Cristiano, we know the person he is and everything he has done here.But now he’s a Juventus player and we must respect this. Now, let’s see what the future will be. I was lucky enough to coach him and he is very impressive. Right now, he’s helping Juventus.”

A publication in Italy then claimed that a condition has been set for the Portuguese superstar’s return to the 13-time European champions, that Zidane remains in charge.