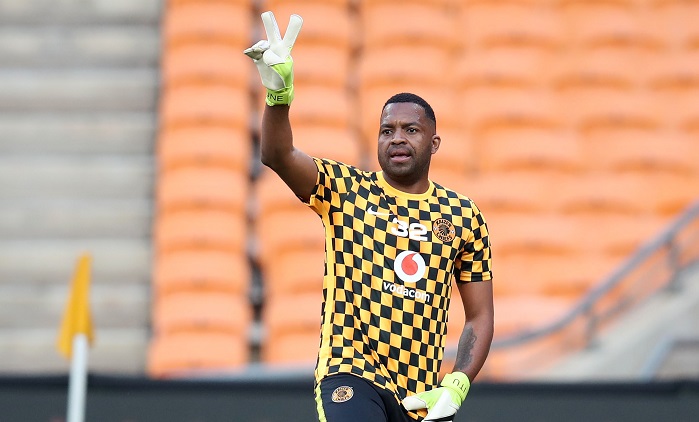 Bafana Bafana and Kaizer Chiefs goalkeeper Itumeleng Khune is reportedly set to be shown the exit door at Amakhosi.

Khune (33), made his first team debut for the Soweto giants in 2004 and has been a key member of the squad in recent years but has become an understudy to Nigerian shot-stopper Daniel Akpeyi.

His future at the club has been shrouded in uncertainty and a publication in South Africa, Kick Off, has confirmed that he will be released at the end of the current season.

“KickOff.com can confirm that Itumeleng Khune, Philani Zulu and Dumisani Zuma will not be returning to Kaizer Chiefs next season,” reported the publication.

The trio sits on top of the list of players who are set for exit at Naturena at the end of the season with both Khune and Zuma already linked with overseas moves.