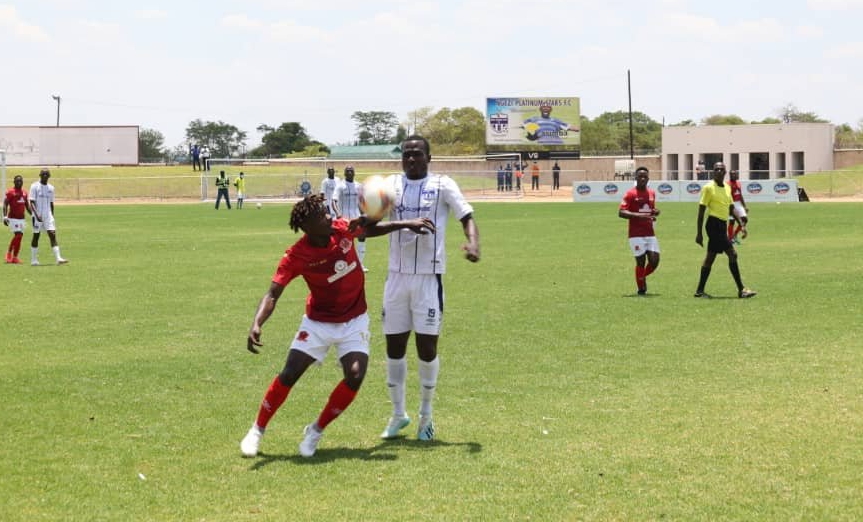 Ngezi Platinum Stars came from behind to beat Chicken Inn 2-1 in a Chibuku Super Cup quarter-final match played at the Baobab Stadium on Saturday.

The mouthwatering clash had the billing of a final before the final as the two of the tournament’s favorites collided.

It was Joey ‘Mafero’ Antipas’s Gamecocks who drew first blood as early as the 9th minute when Obriel Chirinda found Brian Muza inside the box, and the latter made no mistake to make it 1-0.

Ngezi completed the come back ten minutes before the half time break when Nyasha Chintuli fired home from close range.

2-1 it was at the half time interval with momentum clearly on Rodwell Dhlakama’s men.

Chicken Inn came back for the second half determined the equalizer and almost got through Muza in the 63rd minute but he blazed his effort from close range, over the bar.

Madamburo held on to book a semi-final spot.