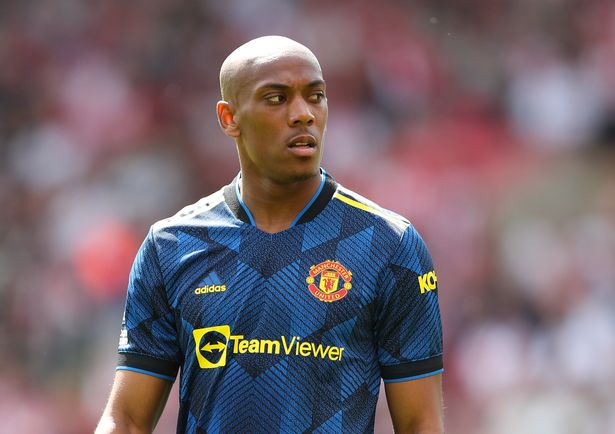 Barcelona president Joan Laporta says there is a “strong possibility” Manchester United target Frenkie de Jong will stay at the club and he will “do my best” to keep the Netherlands midfielder, 25. CBS Sports

Real Madrid have enquired about the availability of Chelsea’s Albania striker Armando Broja, 20, who impressed on loan at Southampton last season. Standard

Barcelona have announced Jules Kounde will join the club from Sevilla on a five-year contract.

Sevilla sporting director Monchi claimed Chelsea missed out on signing Kounde because they had doubts over where he would fit in their squad. Sky Sports

Chelsea’s Germany forward Timo Werner, 26, has accepted a 50% pay cut to rejoin RB Leipzig and a loan fee with a purchase clause is being discussed. Bild

Cristiano Ronaldo appears to have dropped a hint he could be in action on Sunday against Rayo Vallecano. The forward missed the start of the training camp amid transfer rumours.

Barcelona’s Netherlands international Memphis Depay, 28, is among Juventus’ options for a new forward, along with Werner and Atletico Madrid’s Spain striker Alvaro Morata, 29, but there have been no direct talks between Tottenham and Depay. Fabrizio Romano

Juventus are also interested in signing France forward Anthony Martial from Manchester United on loan, but the Red Devils’ boss Erik ten Hag is keen to keep the 26-year-old. Calciomercato

Chelsea have made a bid of around £6.7m to sign highly-rated Inter Milan youngster Cesare Casadei. Sky Sports

Manchester City have denied they are willing to sell Portugal midfielder Bernardo Silva, 27, to Barcelona after reports his departure could fund a deal for Lyon’s Brazil midfielder Lucas Paqueta, 24. Mail

Aston Villa are hopeful Brazil midfielder Douglas Luiz will sign a new contract having opened talks with the 24-year-old. Telegraph