DStv Premiership: Have goals dried up for Zimbabwean strikers? 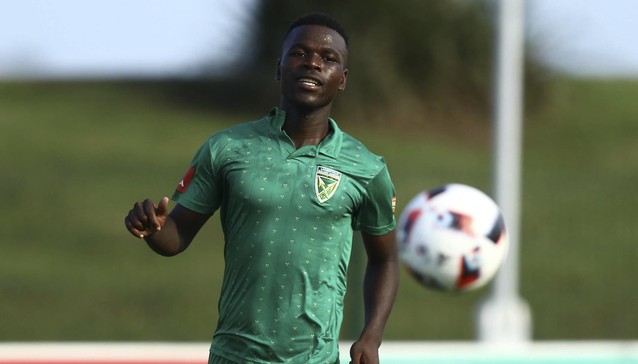 Mugeyi’s record tally stood for the next eight years and it was finally broken by Collins Mbesuma, when the stocky Zambian netted 25 goals for Kaizer Chiefs in the 2004/05 campaign.

Mugeyi’s feat still hallmarks Zimbabwean strikers in the DStv Premiership but current statistics, though the 2022/23 season is still in it’s infancy, are trivial to the former Warriors striker’s reputation in the South African top-flight.

After eight rounds of fixtures in the current DStv Premiership campaign, no Zimbabwean forward player has found the back of the net.

Only Ronald Pfumbidzai and Onismor Bhasera, both defenders, have scored in the DStv Premiership so far.

Pfumbidzai has two goals to his name while Bhasera scored the winner in SuperSport United’s 2-1 victory over Maritzburg United this month.

Knox Mutizwa is yet to get off the mark for Golden Arrows so far, having featured in all of Abafana Bes’thende’s seven league matches this campaign.

Khama Billiat is also yet to open his account for Kaizer Chiefs.

The nimble-footed winger has only missed one of Amakhosi’s seven league matches —the 1-1 draw with Marumo Gallants, due to a knee injury.

Maritzburg’s Tawanda Macheke has also not scored, having featured in six of the Team of Choice’s eight league matches this campaign.

Orlando Pirates’s Terrence Dzvukamanja is yet to feature for the Soweto giants this term. He is still recovering from injury.

DStv Premiership: Have goals dried up for Zimbabwean strikers?