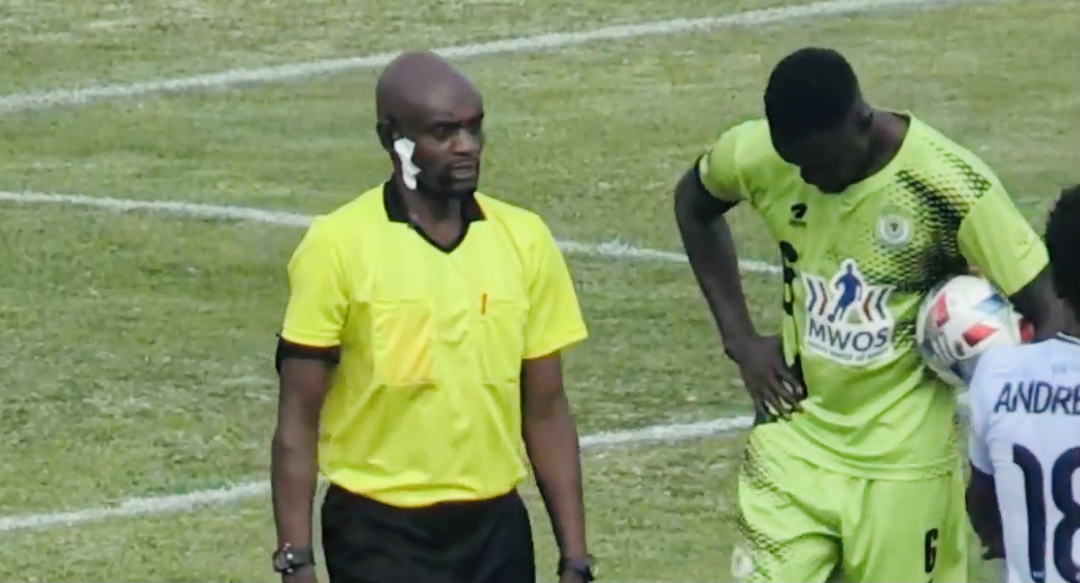 Referee Allan Basvi made a bizarre call in the first half of Highlanders’ Chibuku Super Cup quarter final defeat to Bulawayo Chiefs, after he sent off Peter Muduhwa, only for the defender to return from the dressing room five minutes later.

Muduwa was first shown a yellow card in the 14th minute for a foul on Obriel Chirinda before the tripped the Bulawayo Chiefs striker in the box seven minutes.

The referee awarded Chiefs a penalty and showed Muduhwa another yellow card, subsequently his marching orders.

Basu flashed the red card to Muduhwa and the player walked off the pitch, only for him to return five minutes later, after Bosso players protested.

Even the Bosso social media manager failed to explain Muduhwa’s return to the field of play.

In time added on, Muduhwa was given another red card by the referee for a using his elbow in a tussle for possession.

The match ended 1-0 in favor of Chiefs.