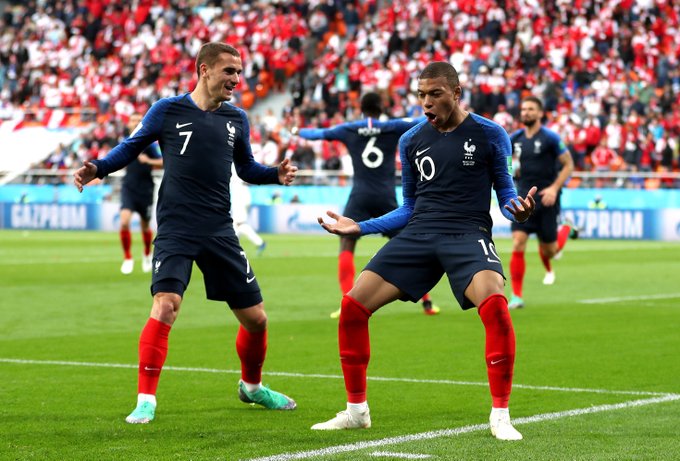 France’s Nations League Cup and World Cup preparations have been thrown into chaos after an image rights disagreement between the French FA (FFF) and star player Kylian Mbappe saw one of the national team sponsors threatening to cancel the sponsorship deal.

Mbappe refused to take part in a KFC promotional photoshoot with the national team squad in protest against what he feels is unfair image rights standards for Les Bleus players.

The France team are preparing for two Nations League fixtures against Austria and Denmark over the next days.

“Mbappe decided not to take part in the planned photo session after the refusal of the Federation to modify the convention of image rights of players,” read a statement by the forward’s representatives. “He and his representatives deeply regret that no agreement could, as requested, be found before the World Cup.”

But while the solution was seemingly found, KFC has threatened to cancel their sponsorship deal.

“The French Football Federation needs money and KFC agrees to pay to have an image of what we are paying for. He (Mbappe) is committed with the Federation to produce a collective image with each time at least four other players. We’re going to stop paying and then that’s it,” Alain Beral, vice-president of KFC France, told Sport Business Club, as cited by Goal.com.

“We are going to follow this very closely because there is no question of having signed a contract which is not respected.”

The turmoil comes just two months before the start of the 2022 World Cup in Qatar, where his team will try to become the first reigning champion to retain their title since Brazil in 1962.