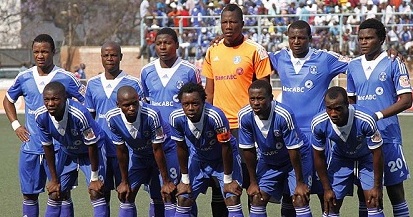 A Washington Pakamisa brace and a debut goal from Masimba Mambare was enough to give Dynamos a convincing three nil win over Mochudi Centre Chiefs at the National Sports Stadium in the first leg of the CAF Champions league preliminary round qualifier.

The first half was a lethargic and very disappointing for the home fans who saw their team create chances but failing to score and the over 20 minute break due to unclear pitch markings did not make the half any exciting.

The second half started well for Dembare as Washington Pakamisa scored just four minutes after break getting a second bit of the cherry and from that moment on the continued on the ascendancy. The trickery of Cliff Sekete saw him hacked down in the box resulting in a penalty and Pakamisa slotted home from the spot to make it 2-0.

The forward did not end there as he provided the assist for Mambare to head home from close range for his first goal in Dynamos colours to make it 3 nil. Dynamos could have scored more but Khumbula in for Mambare missed two clear cut chances.  Muparati was also guilty of missing chances whilst Pakamisa missed a glorious opportunity to bag a hat trick. The win helps the Zimbabwean champions go into the second leg set for next week in Botswana with a healthy lead.