Danny Phiri wants to move to a ‘big’ team

Chicken Inn player Danny Phiri says he is open to a move to Highlanders or a bigger club but understands that his club is reluctant to let him go. 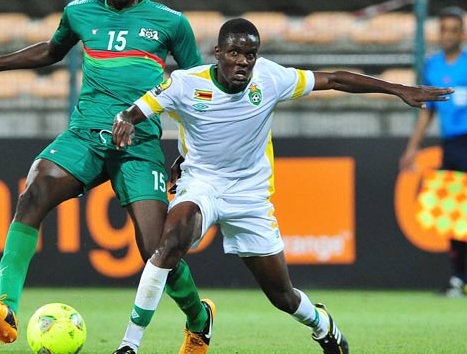 Phiri told Soccer24 “I am training with Chicken Inn but I have made a decision to move to Highlanders or another big club but the club is unwilling to let me go. Right now I am waiting for my agent Chisale to come from South Africa so that he speaks to the club. Maybe after that, something may be done.

“I have had a great stay at Chicken Inn, developing into the player I am today but I believe it’s time to move to a bigger team like Highlanders to improve my career,” Phiri said. Chicken Inn Chicken Inn secretary-general, Tawengwa Hara,though believed external forces were confusing one of their star players Highlanders have been pursuing Phiri signature despite the fact that the Innscor sponsored outfit has boldly declared that the player is not for sale.

“We are very much aware that some external forces are confusing the youngman. The player is our investment. We expect a lot from him and unfortunately we will not clear him to join a local club,” said Hara.

The Gamecocks notified Bosso in writing that they are not interested in discussing about Phiri who has reportedly attracted interest from South African clubs Mpumalanga Black Aces, Cape Town’s Milano and Polokwane City. Pretoria University popularly known as AmaTuks and Jomo Cosmos are also believed to be interested in the player.

Phiri shone like a beacon at the recent Chan finals in South Africa. “Phiri is staying at Chicken Inn and the player instructed us to stop talking to Highlanders until his agent (Fortune Chisale) comes next week.

He has a running contract with Chicken Inn FC,” Hara was quoted by the Chronicle earlier this week. Phiri has always been a vital cog at the Gamecocks, translating his club performance to national team duty where he won a lot of admiration with his positional discipline, ability to win clean tackles and also read the game.

His contract with the Gamecocks runs out at the end of the year.