Kudakwashe Mahachi opened his goal scoring account for Highlanders as they beat FC Platinum in a friendly match played at Babourfields stadium this afternoon. 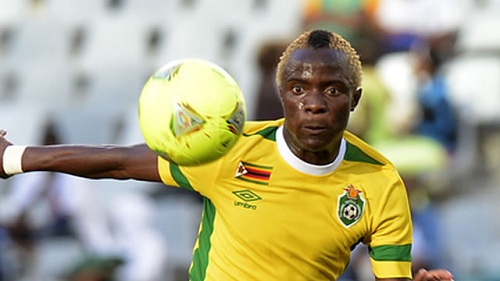 Mahachi on target for Highlanders

Both teams failed to create clear cut chances upfront with the best chance of the first half being a penalty to FC Platinum that new former Highlanders striker Njabulo Ncube took but saw it saved by Ariel Sibanda.

Ncube was tightly monitored by new boy Felix Chindungwe, who had an impressive game keeping things toght at the back for Highlanders

FC Platinum were very much in the game and had moments of their own  intercepting the Highlanders midfield, although failing to match the home side’s fast pace.

The introduction of Mahachi and Gabriel Nyoni in the second half created a sense of urgency upfront and chances though not adequately utilized, were created.

FC Platinum had control of the midfield for the better part of the match but inroads into the final quarter of the pitch proved elusive. It was Mahachi who then settled the game with a long range effort to give Highlanders a 1-0 win.

Both coaches were happy with their team’s performances . With Highlanders stand in coach Mathe saying “What he had planned worked well.  “This is what we wanted, a win and more is yet to be done.

The winning mentality is there of which is good.” FC Platinum coach Llyod Mutasa was pleased with his charges performance. “Well played by the players but we played to our best.”