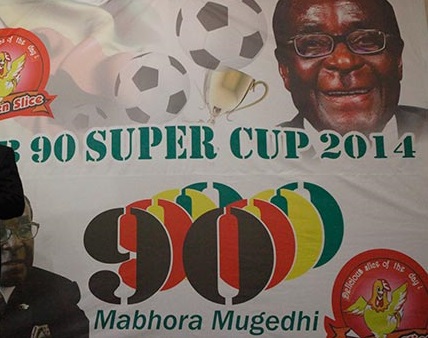 Highlanders and Dynamos will clash in the Bob @ 90’ final on the 16th of March the organisers of the tournament have confirmed.

The Bob 90’ Tournament is part of a number of activities that celebrate the birthday of President Robert Mugabe.

Dynamos received a bye to the final while Highlanders had to overcome Harare City 2-1 for a place in the final.

They had been great concern that this year’s final would not take place with rumours that the organiser were struggling to get more sponsors , while ZIFA  stated they only recognised the semi-final between Highlanders and Harare City as friendly.

However despite this the organisers remain upbeat and have announced the date of the final.

Spokesperson of the tournament veteran commentator Charles Mabika said  “The date for the Bob90 Super Cup is March 16 and football lovers are in for a treat as Dynamos and Highlanders will meet at Rufaro Stadium.

“We are looking forward to a great final and it is our hope that soccer lovers will come in their numbers to celebrate our President’s birthday in style.