Chapungu head coach, John Nyikadzino is content with his club’s preparations ahead of the start of the season at the end of this month. 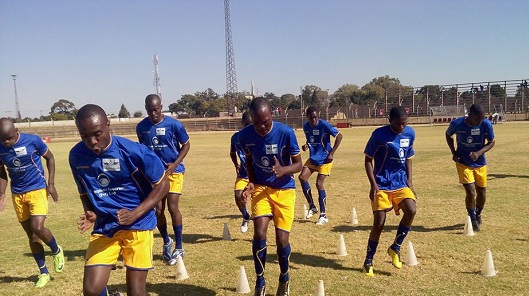 Nyikadzino told Soccer24 “We have been playing friendly games trying out different combinations that we hope will work for us when the season commences. Our preparations have been going on well. “Friendly games are there to guide you on how the team is progressing and as of now l am happy because we are on the right track,” said Nyikadzino.

Chapungu bounced back into the elite football league after eight years and in some of pre-season matches they beat How Mine 5-1 before beating Highlanders in the GC Msipa Charity Cup match on penalty shootouts. The Gweru based outfit which is the former home to national team striker Cuthbert Malajila, Maxwell Dube and Philip Marufu, among others. The club won the sole ticket to the country’s PSL, after being crowned champions in the Zifa Central Region Division One League last season.