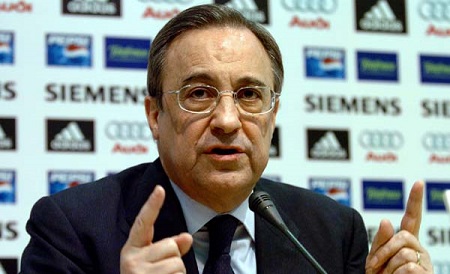 Real Madrid Florentino Pérez has taken a dig at Manchester United after the Spanish side failed to land David DeGea on transfer deadline day.

The two clubs failed to complete the deal on time leading to the clubs blaming each other. Real Madrid released a 10 point statement accusing Manchester United of delaying the deal and accusation refuted by the English giants.

Now speaking about the deal Perz said, “De Gea was a done deal the whole day, we had prepared his presentation, but it wasn’t to be.

During evening we felt we wouldn’t get it done because we knew the lack of experience with this at United. I think Man Utd lack experience with these things. This also happened with us with Coentrão and Athletic with Herrera”.

“If the deal had been done, everyone would have been satisfied”.