Mushekwi delighted to be back with the Warriors 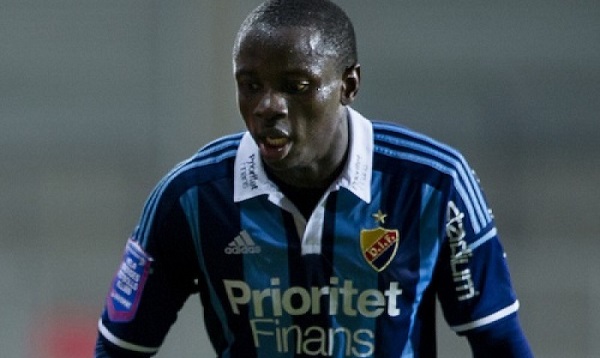 Zimbabwean international Nyasha Mushekwi is looking forward to playing for the Zimbabwean national team once again ahead of their AFCON 2017 qualifier against Guinea on Sunday.

Mushekwi has not turned out for the Warriors in five years and was one of the last players to arrive thus completing the squad.

He told the Herald, “I feel like it is my first time representing my national team,” he said yesterday.

“But it is also exciting coming back to play in front of not only my CAPS United fans, but in front of the Zimbabwean football fans.

Mushekwi has had an amazing time in Sweden where he was on loan at Swedish side Djuargarden from Mamelodi Sundowns.

However his future is yet to be decided despite Mamelodi Sundowns receiving a number of offers for his services.

Meanwhile the Warriors squad only held one training session late yesterday after a number of issues throughout the day that saw the morning session cancelled and the players receiving a late lunch.

Preparations however ended up going underway at 4pm with morale in camp quite high.