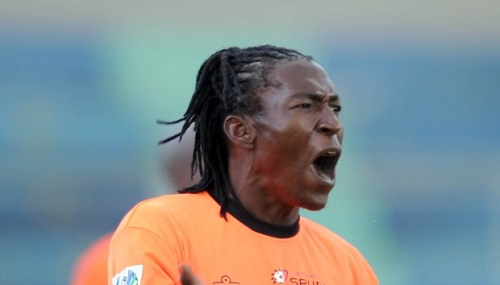 Matema has been training with Highlanders for some weeks now and seems to have done enough to impress the technical team. He has also received his international clearance.

Matema was the 2006 ZPSL top goal scorer while turning out for Highlanders, incidentally that season was the last time Highlanders won the league .

His goal scoring form saw him snapped up by ABSA Premiership giants Orlando Pirates in 2007, he failed though to achieve the same success and later turned out of for other South African sides such as Witbank Spurs and Jomo Cosmos.

Speaking at the Highlanders press conference this afternoon head coach Amini Soma Phiri said Matema had impressed the coaches and his addition would provide them with further options upfront as well as experience to the squad.

Matema is available when Highlanders meet with CAPS United at the National Sport Stadium on Sunday.