Donald Ngoma continues to bang them in 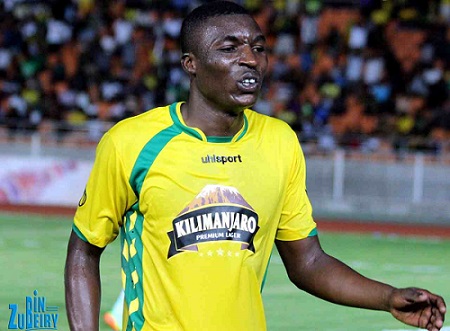 Donald Ngoma has continued with his scoring form in Tanzania grabbing another goal yesterday for Young African Sports Club(Yanga).

Ngoma joined Yanga from FC Platinum a few months ago and has had a dream start at his new club and netted his 4th goal in five games yesterday as they beat Mtibwa Sugar 2-0 in a premier league match.

Malimi Busungu opened the scoring for Yanga before Ngoma scored the second of the match capitalising on a lapse in concentration by Mtibwa Sugar defenders.

Yanga lead the standing after the first five games and have a 100% record so far.