Chelsea and Arsenal crash out of Capital One Cup 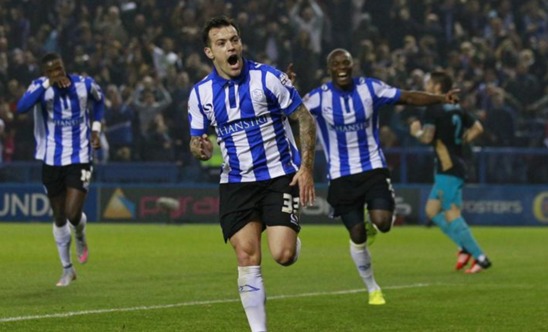 Despite cruising in the EPL Arsenal were handed a 3-0 defeat by Sheffield Wednesday at Hillsborough to crash out of the tournament. Arsenal made eight changes to their side and handed debut’s to youngsters Alex Iwobi and Glen Kamara.

Arsenal suffered an early blow when first Oxlade Chamberlain walked off with an injury then his replacement Theo Walcott also sustained an injury .

Stoke City heaped more pressure on under fire Chelsea head coach by beating his side 5-4 on penalties after the match had ended in a 1-1 draw in regular time.

Jon Walters put Stoke ahead but Loic Remy scored a late equaliser to send the game into extra time. Stoke had Phil Bardsley sent off for a second yellow card but held on for 30 minutes of extra time to force the match into a penalty shootout.

Eden Hazard had his penalty saved as Chelsea lost 5-4 on penalties to slump to another defeat. There were more woes for Chelsea with chief striker Diego Costa leaving the field with a suspected hip injury after 33 minutes.