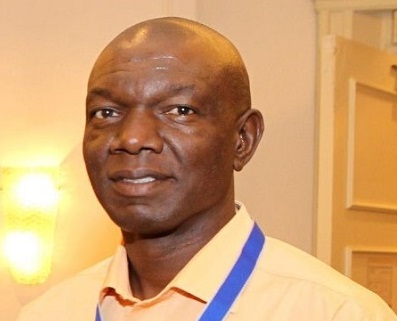 The local football fraternity has expressed its shock at the death of Footballers Union of Zimbabwe(FUZ) secretary general Paul Gundani and paid tribute to his to his contribution to the country both as a player and an administrator.

Gundani passed on yesterday in Kwekwe after falling ill.

A statement from FUZ said Gundani passed on just after mid-day today at Topomasi Provate Hospital in Kwekwe.

ZIFA communications manager said Gundani’s death was a great loss to football, “We are extremely indignant by the death of Paul Gundani, a formidable member of the dream team and was very remarkable for the Warriors during his time,” Gwesela said.

“It is saddening that we continue to lose these football heroes at a time when the beautiful game desperately needs their services.

Gwesela said ZIFA would make sure Gundani is given a fitting send off.

Former players also joined in to pay their tribute, taking to social media to express their thoughts:

Alois Bunjira: “We have once again lost a gallant legend of Zimbabwean football. We will sadly miss you. You died a champion for footballers and all things football .Your fight shall be continued

Justice Majabvi: “You had my support to lead our soccer.. coz i knew about your http://ability.Today .you are gone.Just Gone.. with no BYE ! Whyyyy GOD??

George Mbwando: Ahh im still in shock, mukoma Paul how are we going to continue our Mission of saving our football without you ?ohhh no no no RIP