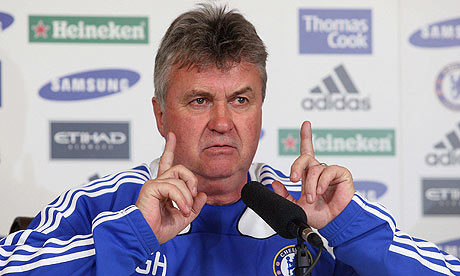 Chelsea have confirmed the appointment of Dutch coach Guus Hiddink as their new head coach.

Hiddink will be in charge till the end of the season. He replaces Jose Mourinho who was sacked at the on Thursday.

It will be Hiddink’s second spell at the club after temporary charge of Chelsea in February 2009, where he lost just one league game to finish third in the Premier League and won theFA Cup

Speaking on his appointment Hiddink told Chelsea’s official website ‘I am excited to return to Stamford Bridge. Chelsea is one of the biggest clubs in the world but is not where it should be at the moment. However, I am sure we can all turn this season around.

‘I am looking forward to working with the players and staff at this great club and especially renewing my wonderful relationship with the Chelsea fans.’