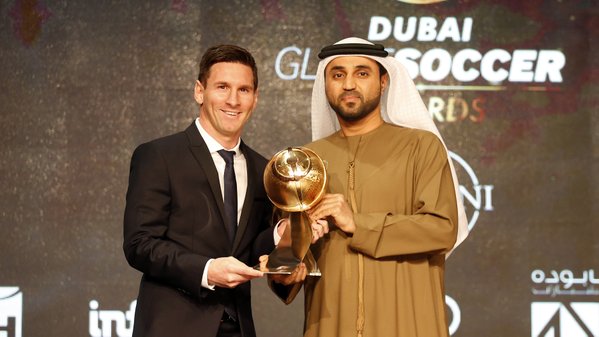 The  Globe Soccer Awards are an international football festival that takes place in the Gulf and rewards players and individuals that have excelled in world football.

Despite an injury in 2015 Messi had an impressive year scoring 58 goals for Barcelona.Speaking after receiving the award Messi said, ‘It’s very nice to receive these awards, but I always say that the team makes it possible,’ said Messi. ‘It’s been an extraordinary year.

Messi’s club was also rewarded for a fine year where they clinched  the Best club of the Year and Best Media Attraction in Football .