Wasteful Warriors crash out of CHAN 2016 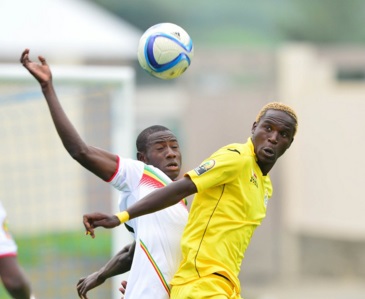 The Zimbabwe national team crashed out CHAN 2016 when they suffered their second defeat going down 1-0 to Mali at Umuganda Stadium this afternoon.

See also: Action as it happened

Zimbabwe conceded in the 82nd minute despite having the better chances for most of the game.

Zimbabwe had a slow start but got themselves into the game as the first half progressed. Rodreck Mutuma who started today, caused problems for the Malians with his presence early on and Zimbabwe utilised their wings well. However in the final 3rd Zimbabwe lacked composure and precision.

In the 23rd minute Mutuma failed to bury Chitiyo cross after the Harare City man made a fine run.

Four minute later Mutuma went even closer when he hit the post with a low header, although the referee seemed to have called for an offside.

Fifteen minutes from halftime the Warriors had the upper hand as they launched more attacks.

Edmore Chirambdare weaved his way into the box only to lose the ball cheaply with a good opportunity  to score. In the 39th minute Ronald Chitiyo saw the ball fall kindly for him but only hit the ball straight to the keeper.

Halftime came with the Warriors looking the better side but the teams deadlocked at 0-0.

The second half saw Zim continue to come close but increasingly become wasteful. In the 50th minute Mutuma had a good lay off for a running Mudehwe who blasted his effort over.

In the 62nd minute Callisto Pasuwa put on William Manondo to replace Chirambadare. The move almost paid off when Manondo made a good run and forced a save from the Malian keeper.

Mutuma was then substituted for Francesco Zikumbawire but chances continued to be wasted. With 15 minutes to go Manondo found himself facing the goal and with a chance to shoot but was let down by a poor first touch.

With Zimbabwe wasteful Mali were always going to be a threat and in the 82nd minute they struck the winner. A free-kick outside the box sailed in and was met by Moussa Sissoko whose shot went past Mukuruva.

Zimbabwe came close to salvage a draw through a Manondo header but the Malians held on to win. Mali go onto 4 points while Zimbabwe are anchored on 0 points after two games and are thus eliminated.